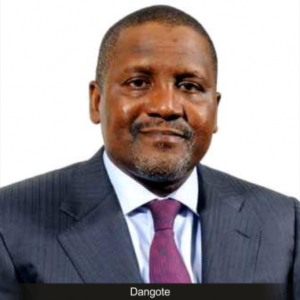 Dangote[/caption] DANGOTE Group has pledged to meet the deadline for completion of its refinery and other multi-billion dollar businesses in Nigeria. Devakumar Edwin, executive director for strategy, portfolio development and special project, Dangote Group, told international business Cable Television Channel, CNBC on Saturday, February 7, in Lagos, that the company was out to ensure that businesses came on stream as planned. He said efforts were being made to put in place, infrastructure for business projects including refinery, gas, fertilizer and rice production. According to Edwin, a few of the new businesses has been redesigned for increased capacity, adding that inflation, exchange rate and increased bank interest rate notwithstanding, the management plans to bring all the businesses on stream as earlier planned. Edwin said the Dangote Group business models were developed to be one of the biggest in the world and that new technologies employed by the company gave it advantage over others. “We are building 650,000 barrels per day oil refinery which will be the largest in the world, and our planned rice production will also be the largest in the world. We do all these because we believe in Nigeria, we believe in her potential and we believe in her economy. We draw our business model with exportation in mind. We believe Nigeria can be self-sufficient and even produce for foreign market.” He said that with the country’s large population and the population of many other African countries, the group’s target was exportation. “That is why we build all our business models with exportation in mind. We had to review the capacity of our planned refinery and increase it. We have never hesitated to have big plants and that is why we deploy latest technologies in their set-up,” he said. It should be remembered that on Wednesday, September 4, 2013, Dangote Group signed a combined $9.05 billion facility agreement with a consortium of local banks and international investors for the establishment of a refinery, and petrochemicals cum fertiliser complex in Nigeria. Aliko Dangote, chairman of the group, described the complex to be located at the OK-LNG Free Trade Zone, between Ogun and Ondo States, as the largest industrial complex in Nigeria’s history adding that he embarked on the project as a demonstration of his confidence in the Nigerian economy. “As an investor, who believes in Nigeria, knows Nigeria well and whose prosperity was made in Nigeria, we have responded to the challenge with our decision to invest $9 billion in a refinery/petrochemical and fertiliser complex to be located at the OK-LNG Free Trade Zone. This complex will be the largest industrial complex project ever in the history of our great nation.” He commended President Goodluck Jonathan’s administration for creating the enabling environment for businesses to thrive in the country. “We are happy to inform your excellences that because of the improvement in the enabling environment for investment created during this present government’s tenure we have had excellent response from the international finance organisations and today we are here to sign the agreement for the medium term loan of $ 3.3 billion.” Dangote said the project had effectively taken off, with the award of the Engineering, Procurement and Construction, EPC, contract to Saipem of Italy for the fertiliser plant, noting that the Basic Engineering Design and optimisation for the refinery had also been awarded. When completed, the chairman said, the fertiliser plant would produce 2.75 metric tons per annum of Urea and Ammonia; while the refinery would process 400,000 barrels of crude oil per day. He said the refinery would produce a higher grade of Premium Motor Spirit, PMS, popularly known as petrol, compared to imported ones, saying “in addition to high grade petrol, the refinery will produce: diesel, aviation fuel, household kerosene, slurry as raw material for carbon black, as well as 650,000 metric tons of polypropylene per annum. Our mission is to through industrialisation, reverse the historical trend of the export of foreign exchange and jobs and replace it with foreign exchange conservation and job creation.” *Source RealnewsMagazine
]]>