Micheal Abimboye* In this interview with PREMIUM TIMES’ Michael Abimboye, journalist, social critic and former presidential candidate, Dele Momodu, speaks on the coming presidential election, the Goodluck Jonathan Presidency, former President Olusegun Obasanjo and other sundry issues. Excerpts: You are one of the critics of the Jonathan administration, what do you think it could have done better? 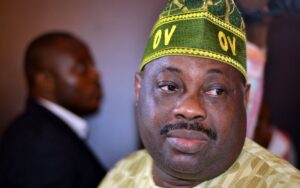