Nouakchott (AFP) – Timbuktu, which won a Cesar award — France’s version of the Oscars — on Friday tells the story of northern Mali under the control of jihadists, in a foreshadowing of the rise of the Islamic State group. 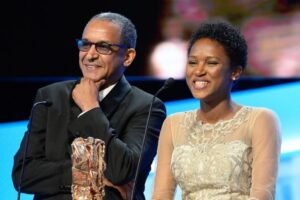 The ancient caravan town of the title, often a by-word for otherworldly remoteness, was seized by armed Islamists who cut a swathe through the west African nation’s vast desert for most of 2012.

It was liberated in a military intervention led by former colonial power France, but sporadic violence remains a problem and it is still potentially one of the most dangerous parts of the region for unwary Westerners.

Originally to be filmed in Mali, most of the movie — the only African nominee for the best foreign film Oscar — ended up being shot under military protection in Mauritania, the home of director Abderrahmane Sissako, with just a few scenes captured in Timbuktu itself.

“After a month of filming in Timbuktu, which had already been liberated, there was a suicide bombing outside the garrison,” Sissako recently told AFP.

“I thought to myself it was naive to bring a foreign team of French and Belgians there. We would have been easy targets,” he said.

According to one of Sissako’s friends, newspaper editor Abdelvetah M’Hamed Alamana, the director upped sticks and recreated the mythical city in Mauritania.

“I can say that Sissako recaptured Timbuktu. He liberated it,” Alamana, who advised during filming, told AFP.

Timbuktu, released either side of Christmas in France and the United States, depicts the resistance of the town’s people and their struggle to retain their way of life under the brutal, ultra-conservative regime of the Islamists.

It shows how women were forced to cover their faces by their new masters from Al-Qaeda in Islamic Maghreb and Ansar Dine, which banned music and football, and dealt out floggings and amputations.

The jihadists demolished the mausoleums of Muslim saints, angrily dismissing them as “idolatry”, and destroyed precious manuscripts preserved in the city.

Characterised by its vivid yet unfussy cinematography, the French co-production was the first ever Mauritanian candidate for best foreign film at the Academy Awards.

Sissako has said winning an Oscar on Sunday, after having won the Ecumenical Jury Prize at Cannes in 2014, “would be above all a victory for Africa”.

The director said he was spurred into making the film by the stoning to death in July 2012 of an unmarried couple in northern Mali, in a video broadcast on the Internet.

Timbuktu, a UNESCO World Heritage Site 900 kilometres (560 miles) north of the capital Bamako, is “known for its religiosity, but also for his open faith that does not exclude the other, it’s compassion”, the film-maker said.

“That’s what was taken hostage.”