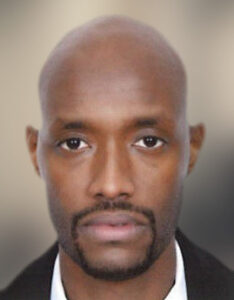 Jean-Guy AFRIKA ,Africa Trade Fund Task Manager[/caption] The Technical Review Committee of the Africa Trade Fund (AfTra) at its meeting on February 13, 2015 in Abidjan, approved funding worth more than US $1.4 million for four projects that will support trade development in Africa. AfTra, a trade-related technical assistance facility hosted by the African Development Bank, was established in 2013 to provide funding for trade facilitation, building capacity for trade institutions, and developing products and markets in Africa. Two of the projects that have just been approved will support value chains development in the apiculture and cashew industries. The first, titled “Trade and Institutional Capacity Building in the Apiculture Sector”, will be implemented by SNV Netherlands Development Organization, Zambia. It will improve the capacity of traders, processors and producers of honey and bee products to comply with SPS measures. This will allow them, among others, to upgrade within the honey global value chain by exporting table honey instead of bulk honey, thereby capturing more of the value. The other value chains development project, presented by the African Cashew Alliance (ACA), aims to support cashew industries in both East and West Africa. This project, by improving the product quality and market development, as well as the environmental standards and sustainability in cashew processing, offers the chance for Africans to upgrade within the cashew global value chain. It also has an added focus of targeting women who will be supported to move up the value chain – from selling crops to local traders to processing them. The third grant was made to the African Organization for Standardization (ARSO). The project, titled “Harmonization of African Standards for Agriculture and Food Products”, aims to provide coherent and systematic codes of practice for African food products. Harmonizing standards and codes of practice across African countries will provide a clear and predictable policy framework for regional trade so that institutions that facilitate exchange and mitigate the inherent risks associated with food production. The fourth project, a study titled “Regional Cargo Tracking System on the Northern Corridor”, will assist the six member countries of Northern Corridor Trade and Transit Coordination Authority (NCTTCA) – Burundi, Democratic Republic of Congo, Kenya, Rwanda, South Sudan and Uganda – prepare for the implementation of the regional electronic cargo tracking system. The study will also examine the required legal framework and establish other areas of policy intervention to make transit along the corridor more efficient, thereby improving intra-regional trade. “These projects were all carefully selected to make sure that they achieve the goals of helping African countries trade better with each other and to facilitate their integration into global value chains,” said AfTra Fund Coordinator, Moono Mupotola. “The projects are in line with AfTra’s central goal of unlocking Africa’s trade potential.”]]>