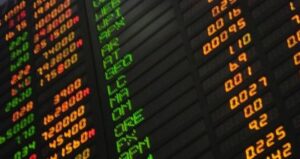 Plans by the Zimbabwe Stock Exchange (ZSE) to set up a secondary stock exchange for black-owned businesses is gathering pace with the bourse setting a $250 000 minimum share capital threshold for firms. The alternative market is part of a broader strategy to support the government’s controversial economic empowerment policy. High potential small and medium enterprises (SMEs) firms are the prime target of the proposed bourse. ZSE announced the threshold when it unveiled a set of listing requirements titled Zimbabwe Emerging Enterprising Market (ZEEM). “The applicant must have share capital of at least $250 000 (including reserves but excluding minority interests, and revaluations of assets and intangible assets that are not supported by a valuation by an independent professional expert acceptable to the ZSE prepared within the last six months),” the ZSE said in a statement. According to the requirements, the public would be permitted to hold a minimum of 26 % percent each class of equity securities and the number of public shareholders shall be at least 50. However, there are doubts on whether struggling firms already trading on the main bourse would be willing to downgrade to the new equities market. But economic analysts have advised against setting up of the bourse, arguing the ZSE is still struggling to improve on the liquidity situation four years after the country adopted a multiple-currency regime following a decade of economic stagnation and hyperinflation. Economist Tafadzwa Mangwiro said the dearth in long-term affordable capital for SMEs in Zimbabwe would pose challenges to the proposed ZEEM. “The dominance of foreign investors on the ZSE does not bode well for the future SME window on the bourse because foreigners are highly unlikely to trust little known companies,” he said. “More counters in the form of SMEs may not necessarily translate into more activity.” Meanwhile, the ZSE’s industrial index retreated by 0.27 points (0.16%) to close at 166.19 points on Monday. ZSE was seating on $4 398 229 996 market capitalisation at the beginning of the week.