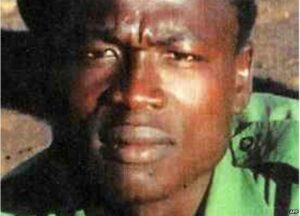 A senior commander in the Ugandan militia group the Lord’s Resistance Army (LRA) is to be sent to the International Criminal Court for trial, a Ugandan army spokesman says.

Dominic Ongwen, considered by some to be a deputy to LRA chief Joseph Kony, was taken into US custody last week. Rebels in the Central African Republic (CAR) said he was captured; US officials say he defected. The LRA has abducted thousands of children for fighting and sex slavery. Both Mr Ongwen and warlord Joseph Kony are wanted by the ICC for crimes against humanity. Paddy Ankuda from the Ugandan army told Reuters that the transfer would be made by the CAR, where Mr Ongwen – also known as the White Ant – had surrendered. Reward money The LRA has abducted thousands of children in northern Uganda, and neighbouring countries, forcing the boys to become fighters and the girls to become sex slaves. The US first deployed about 100 special forces in 2011 to support thousands of African troops searching for the group’s commander Analysis: Catherine Byaruhanga, BBC Africa, Kampala There have been tough negotiations between Uganda and the US over Dominic Ongwen’s future. Since his capture was made public, Ugandan officials have argued that its courts have the capacity to try him. [caption id="attachment_15458" align="alignright" width="300"] 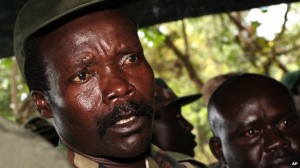 The LRA, led by Joseph Kony, has killed more than 100,000 people, and kidnapped more than 60,000 children[/caption] But according to Regional Affairs Minister Asuman Kiyingi, the decision was not just Uganda’s to make because the LRA’s killings and abductions had spread to several areas of central Africa. For Ugandan President Yoweri Museveni, who has often criticised the ICC for unfairly targeting African leaders, it appears he has had to concede defeat to his international partners. Meanwhile, the United States, which is not a signatory to the Rome Statute that set up the ICC, is technically not handing the rebel commander over to the court as its soldiers will pass him onto the authorities in CAR first. The Seleka rebel group in the CAR said it had captured Mr Ongwen during a battle near the eastern town of Sam Ouandja earlier in January. The rebels demanded reward money, but Ugandan and US officials said that Mr Ongwen had surrendered himself. The US had offered up to $5m (£3.3m) as a reward for information leading to his arrest, transfer or conviction. Of the top five LRA commanders for whom the ICC issued arrest warrants, only two – Joseph Kony and Okot Odhiambo – now remain at large. The Ugandan government has said it would prefer Mr Ongwen to face justice at home, despite originally requesting the ICC to investigate the LRA. But Uganda’s President Yoweri Museveni has been very critical of the ICC recently, accusing it of unfairly targeting African leaders. The LRA rebellion began more than two decades ago in northern Uganda and its estimated 200-500 fighters have since terrorised large swathes of the Democratic Republic of Congo, South Sudan and the CAR. Claiming to fight for a biblical state, the LRA has killed more than 100,000 people and kidnapped more than 60,000 children during the three decade-long conflict which has spread to several of Uganda’s neighbours. 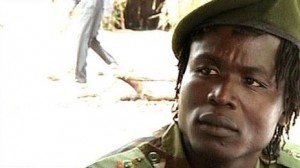 Who is Dominic Ongwen?
*Source BBC
]]>