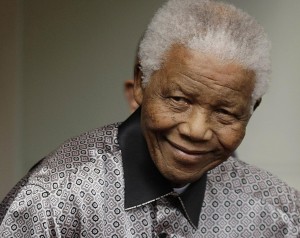 A sequel to the late Nelson’s Mandela’s autobiography The Long Walk to Freedom is to be published in South Africa next year, the former president’s foundation said on Wednesday. The book titled The Presidential Years, which Mandela began writing in 1998, will be based on his five years in office. He had already drafted 10 chapters “when he finally ran out of steam” in 2002, said the foundation which has released a handwritten manuscript of the opening sentences of the book. “The book will be based on the 10 chapters written by Mandela himself,” Danielle Melville, the spokesperson for the Nelson Mandela Foundation, told AFP. She did not say who has been brought in to finish the book. The foundation, which oversees the legacy of South Africa’s first black president said it had “embarked on a project to see the completion of ‘The Presidential Years’ as an authorised account of Mr Mandela’s presidency.” The hand-written draft opens with a poignant passage: “Men and women, all over the world, right down the centuries, come and go. Some leave nothing behind, not even their names. It would seem that they never existed at all.” Mandela died a year ago at the age of 95 after a long illness. His first internationally acclaimed autobiography published in 1995 has been translated into numerous languages and adapted into an award-winning film. Mandela left instructions for the draft to be handed to five of his comrades for comments, including President Jacob Zuma, Deputy President Cyril Ramaphosa and presidential spokesperson Mac Maharaj, who was also jailed with Mandela on Robben Island. The internationally revered anti-apartheid hero spent 27 years in prison before coming out to lead South Africa after the fall of apartheid in 1994. He only served a single five-year term as president, stepping down from office in 1999 having laid the foundation for a united South Africa. *Source AFP/Voices of Africa]]>