The Vice-Presidential candidate of the All Progressives Congress, Prof. Yemi Osinbajo, in this interview with KAYODE FALADE, talks about his nomination and national issues You were not in the early picture of contenders for the vice-presidential slot. When and how did your name pop up? [caption id="attachment_15205" align="alignleft" width="360"] 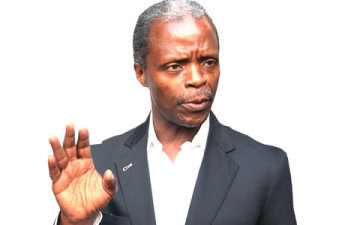 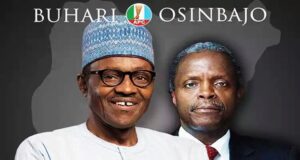 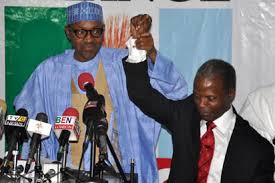 Secretary-General in that mission always insisted that Nigerians should be the one to guard him when he would go out of the UN compound. Nigerian troops have distinguished themselves in peacekeeping all over the world. It is unfortunate to hear terrible stories that Boko Haram insurgents chased soldiers away and they are not well-equipped or motivated. It is sad. If you want to win against an insurgency, then you must arm the military well. That is what is required. Look at the Chibok girls and all that has happened. Isn’t it right for the Commander-in-Chief to visit the place? For me, I think that these are some of the issues that boost morale, motivate the troops and the nation. Unfortunately, that is not the case. The third issue is that we must also identify the fact that there seems to be a large pool from where these Boko Haram members are continuously being recruited. What is the reason for that? Many of our young people don’t have a stake in this society. They are jobless; there are no opportunities. And then somebody comes to them and says, ‘if you join us, whatever you steal or loot, including women, is yours.’ That is a problem. I think what we ought to bear in mind is that we must address some of the root causes, especially the pool from which these people are constantly recruiting from. We must address the problems of poverty and disillusionment among young people, especially in those regions where Boko Haram has largely been operating from. I believe that our government would be able to address those issues seriously and comprehensibly. If we say, so far, trillions have been spent on defence, and troops are complaining about bullets and rounds of ammunition, then there is something gravely wrong. Some personalities from the Niger Delta region have threatened that if Jonathan does not win, there will be unrest. What is your take on this? I don’t think there will be any unrest. I think our brothers in the Niger Delta are very reasonable people. I think what everyone will be looking for is a free and fair election. If elections are credible, no one will take up arms or resort to self-help. If we have a free and fair election, I don’t think that anyone will put their lives on the line to defend the government or any such thing. What is most important is a free and fair election. That is what the Independent National Electoral Commission and the government of today should aim for. Do you see INEC accomplishing it? The distribution of the Permanent Voter Cards has not shown INEC in a very good light. I would really urge INEC to rise up to its responsibilities. These coming elections are very important for the future of our nation. And I think it is important for INEC to live up to its responsibilities; understand the importance of the elections and understand why the elections should not be tainted in anyway by any kind of suggestion that they were not properly conducted. I think INEC really has a duty to this nation — to ensure that things are done properly this time. Buhari chose another pastor, Tunde Bakare, as his running mate in his last bid for the presidency in 2011. Does he have a disposition to clerics? You will have to ask Buhari why he likes pastors. But I think it’s a good thing and a good sign. I think it shows that he is well and able to work with anyone — clerics and people of other faiths. It is believed that Buhari’s quest to sanitise the political system is an overambitious one due to the level of corruption which political leaders in Nigeria have grown accustomed to. What’s your take? I think our nation is at a point where corruption is almost the norm, especially in the public service. You and I know that that is probably the rule; the exception is any kind of transparency or forthright behaviour. But it is important to draw the line somewhere, because this nation cannot continue with this level of corruption. It is just impossible. I don’t think that people are born good. As a matter of fact, my belief is that most people will do the wrong thing if there is no consequence for their action. And the reason why we are here today is that there is no consequence for the actions that people take — for corruption, stealing, or anything of the sort. That is the reason why I think that what is required, first of all, is an administration where people believe that the number one man will not tolerate corruption. If the number one man is perceived as a man that will not tolerate corruption, then you have moved light years from where we are today. I think that Buhari is somebody who is respected for his strong views on corruption. What we need to introduce today is consequence for corruption. If we don’t do that, frankly I am fearful that we may not have much left of a country *Source Punchng]]>