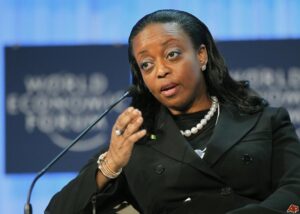 Petroleum Minister, Diezani Alison-Madueke[/caption] The Minister of Petroleum Resources, Diezani Alison-Madueke, on Friday explained why Nigeria’s four refineries in Port Harcourt, Warri and Kaduna have still not undergone repairs more than four years after their original builders completed the technical assessments on them. Speaking as a guest on a radio programme monitored in Abuja, Mrs. Alison-Madueke, said the turn-around maintenance, TAM, had not taken place due to the level of decay at the plants. After her assumption of office in 2007, the minister said she carried out extensive tour of the refineries to assess the functional conditions of the various units. She said at the end of the tour, she was shocked at the extent of dilapidation and the state of decay of the equipment, adding that most of the units were obsolete that they could hardly produce again. “To get a replacement for the equipment was not possible, because they were obsolete,” she said. “For over 20 years, the equipment were not changed or maintained.” She said her findings compelled the government to immediately invite the original builders of the refineries to carry out a complete technical assessments of them to determine the corrections that needed to be done “It was clear that contracts had been given out by previous governments, but the people who took the contract did not know what they were doing because of the state the refineries were at the time. A preliminary timetable for the repair work was drawn up for the repairs to be completed within 24 months to raise the production capacities of the three refineries to an average of 90 per cent. It was learnt that the Japanese firm that built the Port Harcourt refinery had relied on the evidence from a security tracking device, Nigerian Security Tracker, NST, to take its decisions on whether to come to Nigeria or not. The device is a project of the United States Council on Foreign Relations maps violence in Nigeria motivated by, socio- economic and political grievances. After prolonged negotiations on security, insurance, and labour costs, the minister said government could not sign the formal agreement with the companies due to the prohibitive cost of foreign patronage and issues of guarantees and warranties for post-work maintenance. The last time a comprehensive TAM was conducted on the three refineries was in 1992. The Nigerian National Petroleum Corporation, NNPC, monthly production information, MPI, for December 2014 showed that only Port Harcourt Refinery is currently functional at 8.77 per cent capacity utilization *Source premiumtimesng]]>