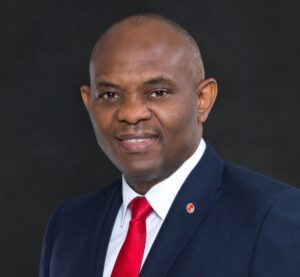 Mr. Tony Elumelu, Chairman, Heirs Holdings Limited & Founder, Tony Elumelu Foundation, Nigeria[/caption] “If you think that you can be Africa’s Steve Jobs, then 2015 is the year for you to start the journey,” said Nigerian billionaire and revered business leader, Tony Elumelu in a video message announcing the official opening of his $100 million pan-African entrepreneurship initiative, the Tony Elumelu Foundation Entrepreneurship Program (TEEP). The highly anticipated program went live at the stroke of midnight West Africa Time (WAT) today. Following the billionaire investor’s announcement at the Tony Elumelu Foundation headquarters in Lagos, Nigeria, on December 1st of his pledge of $100 million towards creating 10,000 entrepreneurs across Africa over the next 10 years; the annual program, the first ambitious undertaking of its kind, was opened for business ideas submissions and entries from applicants across Africa via its online application portal, TEEP. The multi-year program provides training, seed capital and mentoring and is primarily designed to empower the next generation of African entrepreneurs because according to Mr. Elumelu, “the private sector in Africa and entrepreneurs in particular have an important role to play in the growth and transformation of the continent”. Additionally, the celebrated business leader said that through TEEP, there was a need “to relentlessly create and nurture African entrepreneurs” given the numerous challenges on the continent; “limited access to finance, electricity, and to the markets”. According to the press statement, the $100 million entrepreneurship program, endowed by the Tony Elumelu Foundation, an African-based, African-funded philanthropic organization, will identify and support 1,000 entrepreneurs from across the continent each year over the next decade. Overall, the 10,000 start-ups and young businesses selected from across Africa will ”enable Africa’s economies to compete globally in the 21st century,” said Mr. Elumelu, add $10 billion in annual revenues to Africa’s economy and ultimately create one million new jobs. https://www.youtube.com/watch?feature=player_embedded&v=KpzXXXA-pd0#t=0   Citizens and legal residents of all 54 African countries are eligible and encouraged to apply to the program. “Since the Tony Elumelu Foundation Entrepreneurship Program was announced, we have been enthused by the level of interest and excitement from entrepreneurs across Africa. We are looking forward to reviewing the entries and identifying the first cohort of the continent’s next generation of business leaders,” Parminder Vir OBE, Director of Entrepreneurship, The Tony Elumelu Foundation said in a press statement. Applicants have until March 1st 2015 to submit their business ideas through the online portal and the qualifying submissions will be reviewed by the selection committee, whose members include some of Africa’s leading entrepreneurs and industry captains: Ory Okolloh, Director of Investments, Omidyar Network’s Government; Monica Musonda, CEO, Java Foods; Mariéme Jamme, CEO, Spotone Global Solutions; Dr Wiebe Boer, CEO, The Tony Elumelu Foundation. During the launch, Mr. Elumelu, who debuted as a billionaire this year on the FORBES list of Africa’s 50 Richest, spoke of his personal commitment to empowering African entrepreneurship and said that the program was “far more than a funding initiative or networking opportunity.” Mr. Elumelu, who holds Commander of the Order of Nigeria (CON), a Nigerian national honor, also added that it was “an act of faith in our entrepreneurs and our young people to transform our continent; to be the engine for the creation of both economic and social wealth, putting into practice what I have called Africapitalism.” Additional details about the program, including the application process, eligibility, requirements and selection process are available on the Tony Elumelu Foundation website *Source Forbes]]>