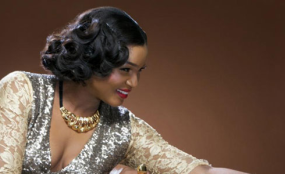 Photo: Capital FM
Actress Omotola Jalade Ekeinde[/caption] Nollywood actress, Omotola Jalade-Ekeinde, has been breaking boundaries for some time now. The gorgeous actress, who is currently celebrating 20 years in the movie industry, was recently put on Yahoo’s list of “The 10 Highest Grossing Movie Stars in the world.” This list named high grossing actors around the world. Omotola happens to be the only Nigerian, and African, on the list as well as being one of the two women on the list. Yahoo states: “Hollywood stars like your Tom Cruises and your Samuel L. Jacksons are ten-a-penny these days. You can’t leave the house without seeing their faces plastered on bus stops and the sides of buildings. What of the actors who have achieved great successes but receive no recognition for their work? Why, that bloke you were queuing behind in Waitrose could have been one of these guys, the 10 highest grossing movie stars you’ve never heard of.”

The aim of the list was to show to the world that there are other top actors around the world beside the popular Hollywood actors. The post goes on to list Frank Welker, Bob Bergen, Jack Angel, Mickie McGowan, Michael Papajohn, Martin Klebba, Clint Howard, Chris Ellis and Bollywood star, Shah Rukh Khan, on the chat. *Source Allafrica/Daily Independent]]>