We should not be expected to write about slavery, poverty or racial injustice. The greatest literature comes not from the heaviest subjects but from freedom of thought 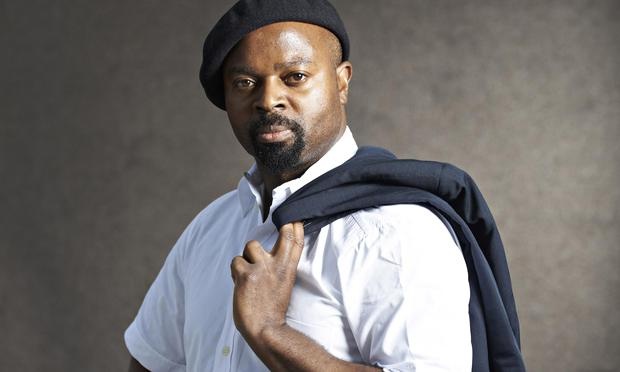 Living as we do in troubling times, we look to writers to reflect the temper of the age. The essential thing is freedom. A people cannot be great or fulfilled without it. A literature cannot be great without it either. The basic prerequisite of literature is freedom. And the first freedom is mental freedom. For it is possible to be free in the world and unfree in your head. The most striking thing about great literature is the strength of freedom that flows through its pages.

Yet an anomaly of perception is often brought to black and African writers. They tend to be considered only important for their subjects. We read Flaubert for beauty, Joyce for innovation, Virginia Woolf for her poetry, Jane Austen for her psychology. But black and African writers are read for their novels about slavery, colonialism, poverty, civil wars, imprisonment, female circumcision – in short, for subjects that reflect the troubles of Africa and black people as perceived by the rest of the world. They are defined by their subjects.

The black and African writer is expected to write about certain things, and if they don’t they are seen as irrelevant. This gives their literature weight, but dooms it with monotony. Who wants to constantly read a literature of suffering, of heaviness? Those living through it certainly don’t; the success of much lighter fare among the reading public in Africa proves this point. Maybe it is those in the west, whose lives are untouched by such suffering, who find occasional spice and flirtation with such a literature. But this tyranny of subject may well lead to distortion and limitation.

It is a curious fact that the greatest short stories do not have, on the whole, the greatest or the heaviest of subjects. By this I mean that the subject is not what is most important about them. Rather, it is the way they are written, the oblique way in which they illuminate something significant. Their overt subject might seem slight but leads, through the indirect mirror of art, to profound and unforgettable places. The overwhelming subject makes for too much directness. This leaves no place for the imagination, for the interpretative matrix of the mind. Great literature is almost always indirect.

James Joyce’s The Dead is ostensibly about a party that takes place in a Dublin household one winter’s night. People talk, music is played and a woman remembers a young man who died of love for her many years ago. The subject is not the Irish famine, Irish nationalism or any such supposedly important subject. It is about memory, music, or snow falling over Ireland. The importance of the story is the way it is written, the indirect revelation of the human heart, and other things too heartbreaking, elusive and beautiful to encapsulate in words. If he had set out to write about the Irish famine he could not have given us anything as enduring as The Dead.

In our times we are blinded by subject because we have lost our sense of the true significance of art. If a novel is about the slave trade we automatically think it is significant, certainly more significant than one about a chap who drinks too much palm wine. Black and African history, with its tragedies, injustices and wars, has led, with some justification, to the writers being treated as spokespeople for such ills. This has made the literature more committed than others. It might also make the literature less varied, less enjoyable and, fatally, less enduring.

It is a mystery that Italy, with its Borgias, black deaths, inquisitions and violence, left as its lasting legacy the Mona Lisa, The School of Athens, the Sistine Chapel, Giorgione’s Tempesta, the Divina Commedia, the Decameron – works, on the whole, noted for their beauty, their constant universal appeal and influence. They leave us mainly with their beauty. The horror of their history is not visible in the work.

You could not guess at the difficult lives of the ordinary people from the works of Shakespeare. Nowhere in his plays would you learn that in his time they emptied their lavatory buckets outside their windows and that the streets of Stratford-upon-Avon reeked with rubbish. Yet the works endure. They continue to illuminate the human spirit and awaken us to the strangeness and magnificence of the human estate.

There is an interesting lesson here. Cervantes knew slavery, the expulsion of the Moors; he lost his arm in the battle of Lepanto, was not ignorant of Spain’s brutal history; and yet he could not have left us a more lasting legacy than Don Quixote, a novel about a man who chooses to live the adventures he has only read.

Homer tells of the fall of Troy through one man’s sulk. Sophocles tells of a king’s culpability, not the horrors of Greek history. Tolstoy had a great subject in War and Peace, but it is his insight and the writing that give the subject nobility. Pushkin was soaked in Russia’s grim and extraordinary history. He knew the violence of the Boyars, the long shadow of Ivan the Terrible, the crushing lives of the peasants. He knew exile. Yet his Eugene Onegin, a fountain of Russian literature, is about a bored aristocrat; and his short story The Queen of Spades, one of the best short stories ever written, is about a gambler.

Great literature is rarely about one thing. It transcends subject. The subject was always the least important element in works that have endured. Sometimes an important work has a significant subject, but it is usually its art, rather than its subject, that makes it constantly relevant to us. If the subject were the most important thing we would not need art, we would not need literature. History would be sufficient. We go to literature for that which speaks to us in time and outside time.

It is time that black and African writers woke up from their mesmerism with subject. By it they gain a brief success, a small flutter of fame. Then with time the work sinks; but other works whose subject was perhaps less sensational, but whose art is more compelling, make their way through time and win the appreciation of eternal readers.

The first freedom is mental freedom. We have to seize the freedom to be what we can be, to write whatever we want, with all the mystery and fire of art. It is our responsibility to illuminate the strange corners of what it is to be human.

Literature is the index of our intelligence, our wisdom, our freedom. We must not let anyone define what we write, what we see as worthy of playful or profound investigation in words. “The aim of art,” wrote Aristotle, “is to represent not the outward appearance of things, but their inward significance.”

Not the appearance, but the inward significance, radiated from the genius of inner freedom.

Zimbabwe: Indigenisation Law to Be Amended

Nigeria: Nollywood Divas in Their 30s, 40s Yet to Marry and Why - Rita Dominic, Benita Nzeribe

From the Anger of Despair to Resistance and Self-Defense: The Trajectory of 21st Century Genocide in Cameroon