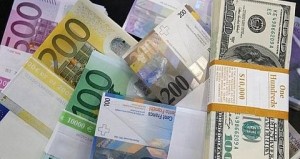 Money sent home by Kenyans living abroad rose 10.68 percent last year to $1.43 billion, the central bank said on Tuesday, setting a new annual record and cushioning the weakening local currency. Known as remittances, the cash is a major source of foreign exchange for east Africa’s biggest economy alongside tea, horticulture and tourism. Kenyans abroad typically send money to help their families and to invest in projects like real estate. The shilling weakened gradually against the dollar last year, after hard currency inflows from tourism fell when tourists were scared by a series of gun and grenade attacks blamed on Islamists from neighbouring Somalia. Remittances from Kenyans abroad helped slow down the decline of the local currency, which is down 1.38 percent this year mainly due to a firmer dollar, and scant hard currency inflows. Remittances from Kenyans in North America grew 9 percent to $677 million, accounting for close to half of the total amount sent to the African nation, central bank data showed. The central bank said the rise in funds from Kenyans living in North America was driven by an increase in attractive investment opportunities in Kenya, better capturing of data by commercial banks and the recovery in the U.S. economy. Treasury policy makers want to issue a Diaspora bond aimed at Kenyan citizens abroad, to raise cash to pay for construction of infrastructure such as roads and power plants. Remittances have been growing at a fast pace every year since 2011 when they stood at $891 million, the data from the central bank showed. *Source theafricareport]]>