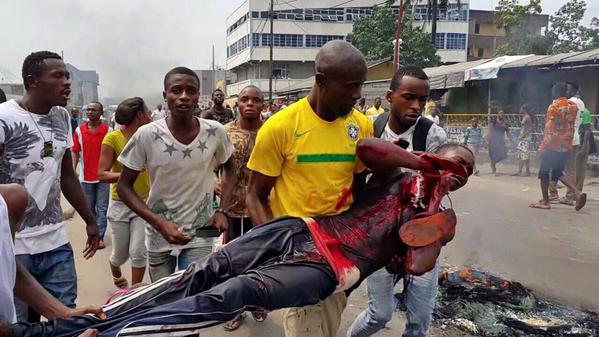 Protesters carry an injured colleague in the latest spate of violence in Kinshasa (Courtesy photo)[/caption] The DRC government has crippled internet and telephone services amid a growing wave of violent riots against President Joseph Kabila after the National Assembly passed an electoral legislation which the people of Congo believe is aimed at prolonging the incumbent’s stay in power. The United States said on Tuesday night that it was “concerned about reports of violence in Kinshasa,” stressing “the importance of protecting political space and ensuring that all citizens have the right to peacefully assemble and exercise their rights to free speech.” At least four protesters were gunned down by security forces in the worst political violence in recent years that has threatened Kabila’s hold on power. The President is yet to make a statement on the political violence that has spread to as far as Goma on the border with Rwanda. The U.S. Embassy in Kinshasa urged “all Congolese stakeholders to exercise restraint and refrain from acts of violence,” adding, “The United States reiterates its support for peaceful, credible, and timely elections in the DRC.” On Tuesday, there were reports that President Kabila had been toppled by army Generals, reports Chimpreports sources say are untrue, at least by Tuesday night. However, the situation remains tense, with diplomats urging Kabila against tampering with the Constitution to entrench his presidency which is now meeting stiff resistance and causing enormous bloodshed on Kinshasa streets. Highly placed diplomatic sources told this investigative website on Wednesday morning that “if this situation here persists, Kabila’s regime will crumble.” Kabila’s cronies have been pushing for the law to carry out a national census across the vast country before a presidential election is held in 2016. However, given the rugged terrain of DRC and its poor transport infrastructure, officials need not less than three years to conduct a successful census in the vast country. This means Kabila would stay in power for two more years after the expiry of term of office, dodging a crucial election slated for next year. The CIA estimates the Congo population at 77 million while government statistics put it at less than 70 million. In Burkina Faso, Blaise Compaoré was last year removed from office by a deadly attack on the Parliament and his palace by protesters angered by their leader’s attempts to manipulate the Constitution to serve more terms in office. He fled to exile. Security ramifications The violence in Congo comes against the backdrop of heightened security tensions in the great Kivu region. [caption id="attachment_15757" align="alignright" width="599"] 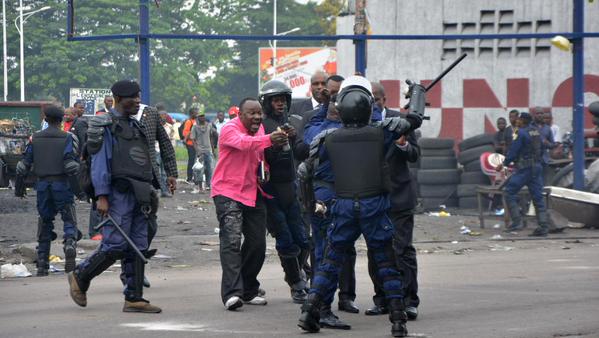 Congolese police battle protesters in Kinshasa (RFI Photo)[/caption] After launching several attacks on militant groups in Eastern Congo, United Nations and Kinshasa thought they were making tangible progress in stabilising the restive region. However, a recent UN report shows that the joint force did not defeat ADF and that its high command remained intact. Other militant groups were badly beaten but not broken. With Kabila failing to extend full state control over Eastern Congo and tackling corruption in the armed forces, sources say it is a matter of time for the president’s downfall. The head of the United Nations peacekeeping mission in the Democratic Republic of Congo (DRC) this week condemned the deaths and injuries that occurred when protests turned violent in the streets of the country’s capital, Kinshasa. Martin Kobler, head of the UN Organization Stabilization Mission (MONUSCO), deplored the deaths and injuries in the wake of the clashes as “a result of violent demonstrations and the ensuing use of lethal force by the security force.” “The use of force by law enforcement officers must always be necessary, proportionate, and a measure of last resort,” he emphasized in a statement from his office. Protesters gathered in front of the ‘Palais du Peuple’ and a violent crackdown by security forces with tear gas and live ammunition ensued. Clashes with law enforcement officers took place in Lemba, Matete, Ngaba and Victoire, neighbourhoods surrounding the ‘Palais du Peuple’ in Kinshasa. In some districts of the capital city, shops were looted and buses torched. “I also appeal to the opposition to demonstrate peacefully. Protests must be calm and carried out in compliance with the law,” said Mr. Kobler. [caption id="attachment_15758" align="alignleft" width="599"] 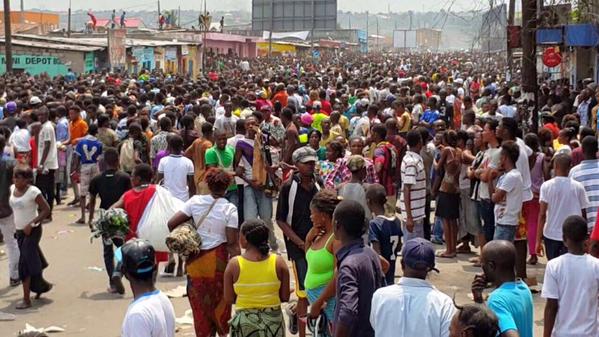 The people of DRC want Kabila to quit presidency at the end of his reign in 2016[/caption] Preliminary reports put the estimated toll at several dead and injured among both the demonstrators and the law enforcement officers. Protests also took place in Goma, in North Kivu province and Bukavu, in South Kivu province. United States Secretary of State, John Kerry last year warned Kabila on the dangers of sticking onto presidency, saying there is need to “respect the constitutional process.” Kerry said he believed “the president’s legacy is a legacy that is very important for the country, and that he has an opportunity, which he understands, to be able to put the country on a continued path of democracy.” The top U.S. official further stated: “And I believe it is clear to him that the United States of America feels very strongly, as do other people, that the constitutional process needs to be respected and adhered to. That’s how you strengthen a country.” *Source chimpreports]]>