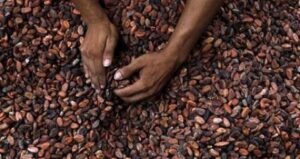 A French company has clinched a deal with the Ghana Cocoa Board (GCB) that will see it process about 50 000 tonnes of cocoa a year. The deal between Cocoa Touton Processing Company Limited, a subsidiary of Touton SA and the GCB would run for three years. Cocoa industry players hailed the deal saying it would uplift jobless youths in the second world’s largest cocoa producer. Touton, which is based in the free zones enclave, is expected to start operations in April this year with an initial capacity of 25,000 tonnes, and ultimately expand to about 50,000 tonnes. GCB chief executive Stephen Kwabena Opuni expressed hope the deal would help add more value to cocoa beans, generate new employment opportunities and raise consumption of cocoa in Ghana and West Africa. Touton expressed its readiness to comply with GCB’s rules and regulations governing operations of cocoa processing companies in the country. Ghana’s consistent production of premium quality cocoa coupled with a stable business and political environment were major factors that lured Touton, the company’s chief executive Patrick de Boussac said. Touton has been buying cocoa from Ghana since 1998 at average volumes of 80,000 and 110,000 tonnes, making it one of the top five buyers of the product. The company is also implementing a programme to reduce deforestation and forest degradation and to protect forests in Ghana’s Western region. It also aims to increase sustainable certified cocoa production. West Africa collectively supplies two thirds of the world’s cocoa crop, with Ivory Coast leading production at about 1.22 million tonnes, and nearby Ghana, Nigeria, Cameroon and Togo producing additional 1.41 million tonnes.