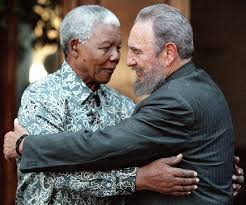 Late South African President Nelson Mandela with former Cuban leader Fidel Castro[/caption] My hope for the legacy of Barack Obama’s presidency was dashed in 2012 when Obama launched what he called New Alliance for Food and Nutrition (NAFSN), a new program designed to feed Africa in a decade. NAFSN has been criticized for many reasons but its core crime was to open the door for American agribusiness corporations to enter Africa and to sanction the entry of genetically modified organisms (GMOs) into the continent. Obama was dishonest to the extent that he did this without mentioning the dangers inherent in GMOs and the controversy surrounding them in the US and around the world. Thawing of diplomatic relations between Cuba and the US as announced on December 17, 2014 was a redeeming move because it is a wise gesture for all concerned. It was an act of good leadership that gives the Obama’s presidency a human face. Cuba and Fidel Castrol entered the world stage with a bang in October 1962. It was at that time that the US and the Soviet Union, then the uncontested global superpowers, stared at each other eyeball-to-eyeball with fingers on the buttons of their nuclear weapons. This is what came to be known as the Cuban Missile Crisis. The showdown started when American spy planes discovered that the Russians were installing in Cuba nuclear missiles capable of striking mainland USA. To stop the venture, Americans resolved to stop and inspect Soviet vessels on the high seas if they were destined for Cuba. Before the dust finally settled, it was mankind who came to the brink of a nuclear holocaust. Was Cuba’s overzealous in inviting installation of nuclear weapons a mere ninety miles from Florida? To fair-minded critics it did not seem so. After all, Americans had nuclear bases in Turkey, within a striking distance of the USSR. Additionally, the weapons in Cuba were never intended to be used; they were meant to be mere deterrents to the mightier and provocative USA. The logic of ‘nuclear deterrents’ was commonplace among the nuclear nations of that time. Did Cuba need deterrence? It was US President Dwight Eisenhower who initially severed US-Cuba diplomatic relations in January 1961, two years after Fidel Castro took power. When John Kennedy became president shortly thereafter, he tightened tighter the screws on little Cuba. After all, the Cuban government had moved closer to a one-party communist state and had nationalized US assets on the island. It is no surprise that months after coming to power, JFK approved a CIA paramilitary initiative intended to overthrow the government of Fidel Castro. The JFK-approved venture, known as the Bay of Pigs Invasion, went terribly wrong and was indeed classified as one of the greatest military disasters of modern history. Many of the invaders were killed at sea and more than 1,300 CIA mercenaries were captured and imprisoned. From that point Cuba became a flash point, culminating in the Cuban Missile Crisis of October 1962. In that context, Cuba and Fidel Castro earned the dubious distinction of being the main actors on the stage that brought the world closest to an all-out nuclear holocaust. By introducing nuclear weapons in the Western Hemisphere was Cuba being provocative to the US? To objective sympathizers, the answer to this question was negative. In Castro’s view, the attempt to bring nuclear weapons to Cuba was a matter of survival for him and his regime. After all, American sustained provocative intrusions into his country’s affairs were unrelenting and had made deterrence essential. Indeed, a case can be made that since the 1959 Cuban Revolution until about a month ago, American foreign policy to Cuba has been unduly hostile. The US can brag of having imposed ruthless and longest ever economic sanctions on a small island of less than 12 million people. In addition, there have been hundreds of confirmed assassination attempts on the Cuban leader, Fidel Castro, by the USA. What prompts such irrational and extreme behavior? Is the US alarmed by positive ‘demonstration effects’ of the Cuban socialist ideology? What accounts for this inhumane instance of the Cuban tail wagging the American dog? [caption id="attachment_15187" align="alignright" width="194"] 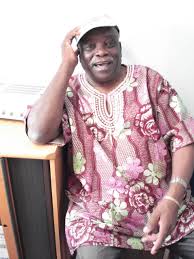