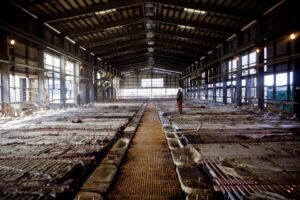 Zambia is the world’s eighth largest producer of copper — a metal used in plumbing, heating, electrical and telecommunications wiring (AFP Photo/Gwenn Dubourthoumieu)[/caption] Lusaka (AFP) – A controversial decision to hike mining royalties in copper-rich Zambia has not only spooked investors but has become an unlikely presidential election issue in one of Africa’s two biggest producers.

Zambia tripled mining royalties to 20 percent from six percent on January 1, putting the government at loggerheads with mining firms already buckling under a fall in global commodity prices.

“How can any knowledgeable government in today’s world impose a tax like that?” a leading opposition presidential contender in Tuesday’s election, Hakainde Hichilema, asked AFP in an interview.

It is a question that the ruling Patriotic Front party’s candidate, Edgar Lungu, has been wrestling with — leading him to tell a TV interviewer “nothing is cast in stone”.

Some workers’ representatives, fearing a loss of jobs if the tax reforms lead to the closure of mines, have joined the chorus criticising the move.

“It will be difficult for government to collect revenue from closed mines,” said Chishimba Nkole, president of the Zambia Congress of Trade Unions.

They fear the new regulations might scare off investors, who could turn their attention to the neighbouring Democratic Republic of Congo (DRC).

Zambia, for decades Africa’s top copper producer, was shunted down to second place when the DRC’s output grew by 50 percent in 2013.

The fact that copper is a mainstay of Zambia’s economy has seen the tax become an unlikely issue in the election to replace president Michael Sata, who died in office last October.

The tax will “choke” the mines, said unemployed university graduate Fines Muyumba, urging the government to “reduce this or else many people will join us on the streets.”

Defence Minister Lungu, facing a stiff challenge from Hichilema in Tuesday’s election, has signalled the possibility of a compromise.

“Nothing is cast in stone,” he told private Muvi television channel, but added: “We should always attain a win-win situation”.

The decision to up taxes came as international copper prices were on a slide, tumbling to the lowest in five years on Wednesday.

Whoever wins the election will have little time to implement major programmes, with the term due to last only about 20 months to fill in for the late Sata.

“With another round of presidential elections in 2016, the new government will be tempted to take a populist stance on the mining sector,” predicts Collier.

Zambia is the world’s eighth largest producer of copper — a metal used in plumbing, heating, electrical and telecommunications wiring.

If it forges ahead with its disputed taxes, Zambia’s Chamber of Mines estimates that the country stands to lose $7 billion, the equivalent of 30 percent of GDP, over the next five years.

An estimated 12,000 direct jobs could be lost this year alone. Despite copper contributing around 70 percent of foreign exchange earnings, Zambia is ranked among the world’s most poverty-stricken countries.