Until December 5, 2014, Kenya’s President Uhuru Kenyatta was under indictment by the International Criminal Court for orchestrating Kenya’s post-elections violence of 2007-08. Curiously, The charges emerged almost simultaneously as the international stature of the Court itself was waning against allegations that it targeted African leaders unduly.

According to this logic, Western leaders are the worst abusers of human rights and they are never indicted. Why were US George W. Bush and Britain’s Tony Blair not accused of human rights violations in the Iraq War? How is it that American President Barack Obama walks free of ICC indictments for the drones that the US continues to drop on the Islamic world? Had the ICC become a neo-colonial tool of the West?

By a strange twist of fate, the hunter had suddenly become the hunted; the ICC itself was on trial in the world opinion. Unfortunately for an international court, the campaign against it was driven mostly by none other than the continental African Union.

After his indictment in 2012, Uhuru ran for Kenya’s presidency. In the contaminated atmosphere where ICC’s legitimacy was being questioned, it seemed somewhat over-zealous that in Kenya’s election campaign, the same Western powers posed as crusaders for human rights by taking it upon themselves to remind the Kenyan electorate that the Uhuru ticket was composed of ICC inductees, unworthy of their presidency. Put another way the Uhuru ticket, also known as the Jubilee Alliance, was portrayed as a burdensome liability to the Kenyan voters.

For its part, Britain announced unequivocally that, in the unlikely event that Uhuru won Kenya’s presidency, it would distance itself and maintain only ‘essential contacts’ with that government. At that time the Jubilee Alliance objected angrily to a “shadowy, suspicious and rather animated involvement of the British High Commissioner in Kenya’s election.”

The Americans also issued a thinly-veiled threat that “choices have consequences.” These were code words of an American diplomatic envoy, Johnnie Carson. They were widely taken to mean that, if Kenyans voted the Uhuru ticket into power, there would be a price to be paid for it.
The Anglo-American West thus showed a clear pre-election resolve to deprive fellowship and goodwill to a possible democratically-elected Uhuru-led government. From a legal standpoint, this was a crude betrayal of a Western principle of innocent until proven guilty.

Meanwhile, in the same Kenya’s campaign the West was actively supporting Uhuru’s major political rival, Raila Odinga. With this conspicuous support behind him, Odinga was so assured of victory that he even ‘eased up’ on campaigning in the run-up to the 2013 voting. To him, winning was a foregone conclusion, “it wouldn’t even be close.” Odinga was wrong on both counts. The elections were close and he happened to be on the losing end. Could it be that the meddling of the West on

Raila Odinga’s behalf in Kenya’s 1913 elections cost him the presidential bid?
What is certain is that Kenyans were irritated by the Western excessive meddling in their domestic political affairs. In the end, Western condemnation of Uhuru backfired, boosted his popularity by triggering support in form of sympathy and protest votes against the ‘unwelcome’ push for Raila.

Until the 2013 elections, the Anglo-American West seemed to share a monolithic view regarding Uhuru’s ICC indictment. That ‘understanding’ was largely a legal perspective, driven by political ends of course. It held that, since Uhuru was charged, he must defend himself in person before the ICC. He had to be tried like any other suspected criminal.

There have been whispers this ‘attitude’ was part of an elaborate politico-legal scheme. If Kenyatta was personally at The Hague to defend himself in a protracted and expensive trial, there was no way that he could possibly discharge his responsibility as the President of Kenya. At the very least, he could not be at two places at the same time.

Presumably, Raila Odinga would then step in and take over power. Hence the Western initial insistence that Uhuru had to be tried at The Hague. But before the alleged Anglo-American strategy materialized, politics of national interests subtly but profoundly entered the picture and drove a wedge between Britain and the USA.

In May 2013, Kenya’s newly-elected President, Uhuru Kenyatta, travelled to London at the invitation of the British Government of David Cameron. Officially, the purpose of the trip was to participate at a Somalia Summit, a subject that had become a critical security issue in the Eastern Africa region.

At first Uhuru was probably skeptical about making the trip, mindful that when his father visited the UK in 1962, he was pelted with rotten eggs by the British public, a show of utter contempt. After all, in the 1950s it was the colonial authorities of the same British who branded daddy Kenyatta a satanic pervert for allegedly masterminding the Mau Mau rebellion. Jomo Kenyatta was stigmatized as “a leader unto darkness and death.”

In the end Uhuru went to London. The Somalia ‘issue’ was important enough to Kenya’s security to demand a presidential presence. During this visit, no eggs were thrown but the British news media dubbed Uhuru with a hostile label of ‘Criminal President.’

The epithet of May 2013 referred to the fact that the ICC had recently indicted Uhuru for crimes against humanity. All the same the millions of Kenyans who had just voted him into office were insulted by the verbal slap. Indeed Kenya’s social media was abuzz with objections to the ‘crude diplomacy’ of the British public. After all, Uhuru was indicted; not yet found guilty.
The British Prime Minister was understandably cautious to avoid displaying exuberance at being in the company of the ‘discredited’ Kenyan leader. He delicately avoided photo sessions with Uhuru; there could be domestic political fallout if Cameron seemed to coddle an ICC inductee. But there comes a time when a leader must lead.

Cameron understood fully that British interests in Kenya and Eastern Africa were too important for him to dismiss Uhuru. After all, accused or not, he was the elected president of Kenya. This reality posed a serious problem for the policy of maintaining only ‘essential contact’ with the Uhuru government as pronounced by the British-American axis a few months earlier.

In the US, Uhuru’s official visit to Britain in all likelihood raised eye brows. Question must have been asked: Is Uhuru’s visit to the UK consistent with our mutual pledge to maintain only ‘essential contacts’ with his government? Was the British going it alone in conferring political legitimacy to Uhuru, an ICC inductee? Whatever the case, Britain had displayed a higher form of diplomatic realism than the US.

When Barack Obama made his first official visit to East Africa the following month, he bypassed Kenya altogether. Indeed at the University of Cape Town, he did state that he did so because he did not want to be associated with an ICC inductee in Kenya. Critical observers viewed this as pouting because Kenyans had rejected Obama’s candidate of choice for their president, Raila Odinga. Remember the code words, choices have consequences! Yet, in terms of US national interests, Kenya was by far amore critical force in Eastern Africa than Tanzania that Obama chose to visit.
The effect of internal Western soul searching and contradictions was that, by the time that Obama’s US-Africa Leaders Summit in Washington came around in August 2014, few noticed that Uhuru was there as a vibrant and active participant. In the US too, Uhuru ICC stigma of ‘criminal president’ had apparently receded into distant past. Self-interests of the Anglo-American worlds had prevailed and superseded the quest to ‘un-do’ Uhuru Kenyatta.

Once they became preoccupied with their conflicting national interests, the US and Britain ceased to be a potent ‘invisible force’ pushing for Uhuru Kenyatta to be tried at The Hague. And yet the ICC had compromised itself by indicting the same Uhuru before it had developed a watertight case against him, enough not only to indict but to convict him. The Anglo-American breakdown of a united front for Uhuru’s trial sapped the ICC the single-mindedness and enthusiasm to continue the pursuit of the Kenyan President.

Ultimately, it is the Kenyan victims of 2007-08 violence who have been betrayed by the ICC_Uhuru fiasco. If anybody has to bear that responsibility, it is the West and the ICC. But it would be fitting if Uhuru could find a way to assist the innocent victims of the 2008 violence. After all, they have stood by him to the bitter end. Additionally, he has the means, personally and officially, and the heart to extend a hand of kindness. This would be a political act, not legal. He would be doing it because he chooses to, not because he is instructed to do so 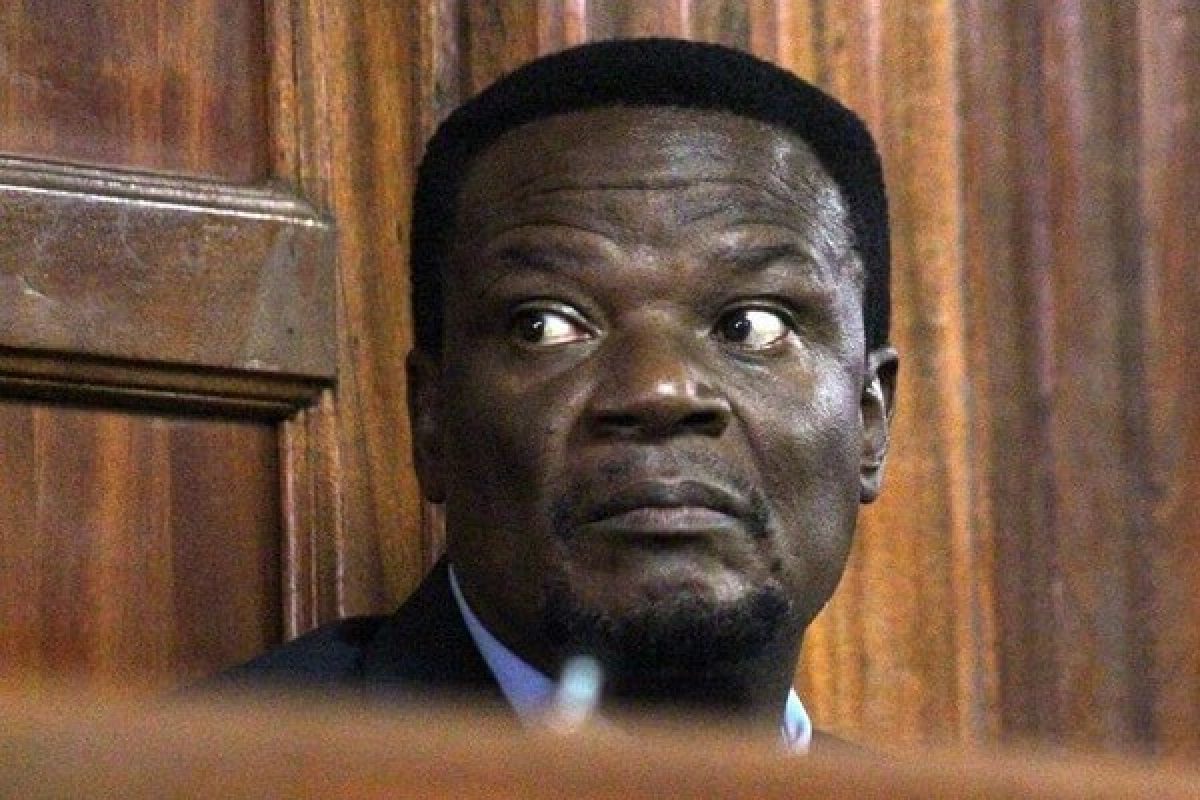 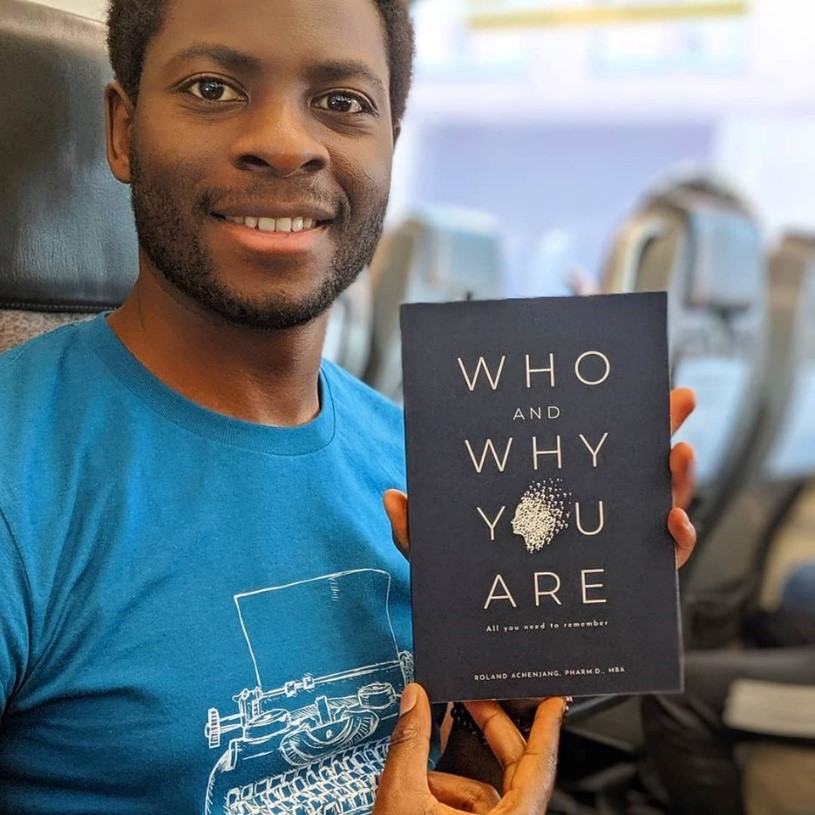