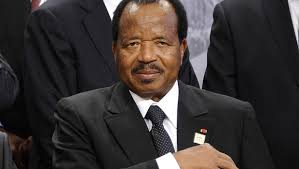 (Reuters) – A man purporting to be the leader of Nigerian militant sect Boko Haram has threatened to step up violence in neighboring Cameroon unless it scraps its constitution and embraces Islam. The video posted online this week shows a man who looks like the group’s head, Abubakar Shekau, but is filmed from a distance at different angles. The group, which has killed thousands and kidnapped hundreds in its bid to carve out an Islamic state in northern Nigeria, had also targeted Cameroon over the past year. At least 15 people were killed in an attack by suspected Boko Haram militants on a bus in northern Cameroon on New Year’s day .   The militants have issued dozens of videos since their uprising turned violent in 2009, sometimes claiming attacks or threatening more. In each film a man with a beard says he is Abubakar Shekau, the Boko Haram leader whom the military in 2013 said it had killed. The latest message is addressed to Cameroon President Paul Biya. “I advise you to desist from following your constitution and democracy, which is unIslamic,” the man says, reading from a script. “The only language of peace is to repent and follow Allah, but if you do not then we will communicate it to you through the language of violence,” he adds.   https://www.youtube.com/watch?v=WLQeLCt8Zi0&feature=player_detailpage#t=979 It was not possible to verify the video independently. It was done in the style of most of Boko Haram’s releases, with Shekau, or his lookalike, standing in the middle of a patch of sandy bush surrounded by the masked men with AK-47s and four-wheel-drive vehicles with guns mounted on them. The videos are the main means that the group — or at least a faction of it — uses to get its message out. Boko Haram has long been the main security threat to Nigeria, Africa’s leading energy producer, biggest economy and most populous nation, but it is also a growing menace to neighbors Cameroon, Chad and Niger. It took over the headquarters of a multinational force for the four countries over the weekend. Nigeria last year accused Cameroon of not doing enough to tackle Boko Haram. But since then Islamist attacks have risen in Cameroon, and the country has responded by killing scores of their fighters. *Source Reuters]]>