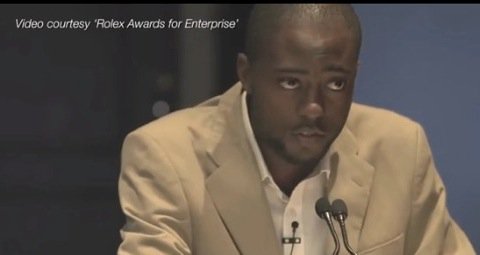 Arthur Zang, a young entrepreneur from Cameroon, was among this year’s winners of the prestigious Rolex Awards for Enterprise for inventing what is perhaps Africa’s first medical tablet. The awards are given every year by the Royal Society of London, one of the oldest academic associations in the United Kingdom. The medical device allows health-care workers to send cardiac tests results to heart specialists via mobile phones. Zang’s device, called the Cardiopad, is a digital medical touchscreen tablet that performs electrocardiogram (ECG) tests to determine the heart’s activity as well as diagnose life-threatening ailments. What makes the Cardiopad particularly remarkable is that it can be used even in rural locations because it has a long battery life and can send test results to specialists using cell phones. The Cardiopad sells for $2,000, which is significantly less than conventional electrocardiographs. In addition to Zang, four other young entrepreneurs from Rwanda, India, Italy and Saudi Arabia also won awards. First established in 1976, the annual awards are given to promising individuals under the age of 30 for their achievements in addressing problems that can help protect the planet. Each laureate will receive a cash award of about $56,000.

Born on 26 November 1987, Arthur Zang obtained an IT degree in 2004 and later entered Ecole Polytechnique de Yaoundé. Zang’s interest in cardiology began after an internship in a local hospital where there was a severe shortage of heart specialists. According to him “there are less than 40 (heart specialists) for 19 million inhabitants, and impossible to find one outside – the main cities of – Yaoundé and Douala”. He undertook a distant learning course with the Indian Institute of Technology. And after an initial bank loan of $1.450, obtained by his mother (a nurse), he received a $40.000 subvention from Paul Biya’s government. The grant helped him travel to China where he was able to finish works on his invention: The CardioPad. *Source theafricareport]]>