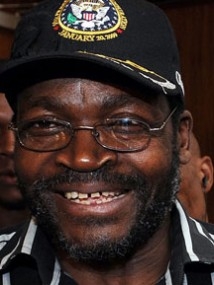 Mathatha Tsedu[/caption] When South Africa’s weekly newspaper, the City Press, decided in early 2004 that it would reposition itself and become a more distinctly African publication, part of the challenge was to find appropriate content that would be in line with this new philosophy. The challenge was to find hard news about daily and weekly developments in our country and the rest of Africa to feature pieces and columnists whose writing, thinking and stature would affirm the new approach. Professor Ali Mazrui’s was one of our first names on the list for columnists. The other was another towering Africanist intellectual and writer, Molefi Kete Asante. After hearing what City Press was trying to do, Mazrui agreed to write for us without even discussing payment arrangements. And so began a relationship between the City Press and Ali Mazrui that saw him come into the country as a guest of the paper to address staff and other meetings. This giant of African and world intellectuals was a soft-spoken man with minimal demands. He always met his deadlines for article submissions and was more than a worthy addition to the mix that made City Press a must-read every Sunday for people interested in African thought and politics. And this showed in the rising circulation of the paper. Just to emphasize the point, Mazrui cared more about where his articles were going to appear than about how much he would be paid. A rival publication offered him double our rate but he declined, saying the environment created by the City Press as an Africa-focused publication meant his views were sharing space with similarly focused articles. For us he wrote about US policies towards Africa, Islam and the problems of African leaders who were more inclined to stay in office than to serve their people. He had been a victim of one such dictator, Idi Amin, when he was based at Makerere University in its heyday. He was forced to leave Uganda and Makerere which he dearly loved or share the fate of many highly visible personalities of Uganda who disappeared during Idi Amin’s the reign of terror. Mazrui truly believed in Africa and its good side without denying the sad realities of poverty in many countries. When the UN Educational, Scientific and Cultural Organization – in line with the new world information order in the late 80s – decided to write a different view of African history, Mazrui was appointed editor of one series even though he was not part of the team of experts put together to manage the project. The series that emerged from this exercise provided the world with a different view of African history, which did not start with colonization but went back to civilizations and African kingdoms before white settlers set foot on African soil. Not one to shy away from expressing his views, Mazrui often stirred controversy, especially on Islam, to a point where new words such as Mazruiana and Mazruiphobia were coined to describe his philosophy and reactions to it. Mazrui received death threats, especially after the World Trade Center attack by al-Qaeda militants in 2001. While he condemned the attacks, he argued that the US needed to look at why it attracted such hostile reactions from some quarters of militant and extremist Islam. But in that post-9/11 attack mode, the US was in no mood for ifs and buts, and wanted unmitigated condemnation of Islam. [caption id="attachment_14840" align="alignright" width="300"] 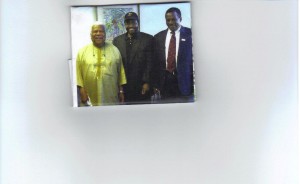 From left to right Prof Ali Mazrui, Mathatha Tsedu and Prof James Kariuki[/caption] A father figure with his signature trademark of Kente cloth scarf, Mazrui oozed fatherly wisdom, intelligence and dignity that did not need to be dug up. You just felt secure in his presence where he served as a fountain of knowledge, kindness and limitless insignts. This is borne out by the recognition that he received across the world for his work and the demands on his time. On one occasion, he served as a senior lecturer-at-large for three institutions in three countries at the same time. Professor Ali Mazrui wrote profusely and in one of his relatively recent works of 2006, A Tale of Two Africas: Nigeria and South Africa as Contrasting Visions, edited by his colleague and friend, James Karioki, he examined and contrasted Africa’s two powerhouses and how differently they approached several issues. The above is a subject has since been revisited recently by former South African and Nigerian Presidents, Thabo Mbeki and Olusegun Obasanjo, as they called for the harmonization of relations and approaches. Mazrui reveled in contrasts and in many of his writings he contrasted one issue with another instead of stating a point outright. It is the trademark of Mazruiana approach that we will sadly miss. *Mathatha Tsedu is former editor of the City Press. He is currently the Director of the South African National Editors Forum. And also the Manager of Media 24’s Journalism Academy.]]>