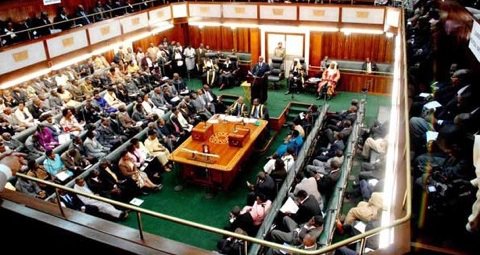 The Ugandan parliament this week passed a motion approving the establishment of the East African Monetary Union, which will see Uganda, Kenya, Tanzania, Rwanda and Burundi adopting a single common currency. Uganda’s Minister of State for Finance Planning, Matia Kasaija, said the monetary union is intended to promote and maintain monetary and financial stability aimed at facilitating economic integration to attain sustainable growth and development of the East African Community.
“The East African Community summit shall pronounce the formation and commencement of the single currency area and will determine the name of the currency, which shall be the legal tender of the area,” Kasaija said. According to provisions of the protocol for the establishment of the East African Monetary Union (EAMU), partner states agreed to harmonise and coordinate their fiscal policies, formulate and implement a single monetary policy and a single exchange rate policy, and to develop and integrate financial payment and settlement systems. In addition, the states will integrate their financial management systems and harmonise their financial accounting and reporting practices. The monetary union is the third stage, following the customs union and the common market, towards the full realisation of a political federation for the five countries in the region. Partner States also agreed, according to the treaty, to cooperate in monetary and financial matters. It is unlikely that South Sudan and Somalia, who recently applied to join the five member regional body will use the currency until they are accorded full membership. “The monetary union will contribute to the achievement of harmonious, balanced and sustainable economic development, sustainable and non-inflationary economic growth, intra-regional economic and financial system, and efficient allocation of resources for economic development,” Kasaija said. Members of the Ugandan business community say they are eagerly waiting the single regional currency. Secretary of the Produce Traders Association in Kampala, Abbas Igga said: “A common currency in the East African Community will make our work easier. We all support the idea.” The move will not be the first time a single currency will be used in the region. Uganda, Kenya and Tanzania used a common currency during the colonial era up to early 1970’s when the then East African Community collapsed.
*Source theafricareport
]]>