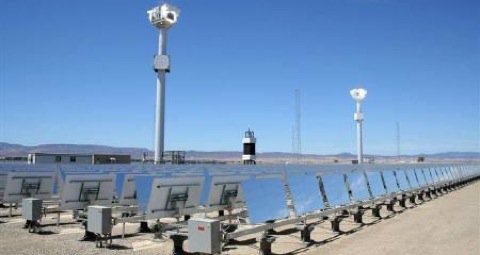 FILE PHOTO©REUTERS[/caption] Uganda said on Wednesday four foreign and domestic firms would build two solar power plants, with a total capacity of 20 megawatts (MW) as it seeks to develop its renewable energy potential. Keen on expanding its small electricity generation capacity to support an industrialisation drive, the east African country is currently pursuing several multi-billion-dollar projects, most of them in hydropower generation. Officials previously said the government was also looking for investors to develop solar energy and other renewable sources of power such as biomass, waste energy, geothermal and wind power. The state-run Electricity Regulatory Authority (ERA) said the two solar plants would be established in the Soroti and Tororo districts, in Uganda’s eastern region, at a combined cost of $32.5 million. Benon Mutambi, ERA’s chief executive, said the plants were suitable for Uganda because they were quick to implement and could be built close to consumers, reducing transmission losses. “By introducing a new technology to the generation mix, Uganda’s dependency on hydropower is reduced,” he said in the statement. A consortium of Access Power MEA, of the United Arab Emirates, and Spain’s TSK Electronica will invest $17 million in a plant that will generate 10 MW of electricity, it said. A second consortium of Italian firm Building Energy Spa and Uganda’s Simba Telecom Ltd. plans to invest $15.5 million to develop the second plant with a similar capacity. Access Power MEA’s managing director, Stephane Bontemps, said in a statement the project was expected to secure funds next June and start commercial operations by December. Uganda currently generates about 600 MW of electricity, most of it from three hydropower plants on the Nile. ERA estimates electricity demand is growing at 10 percent annually mainly due to economic expansion. *Source theafricareport]]>