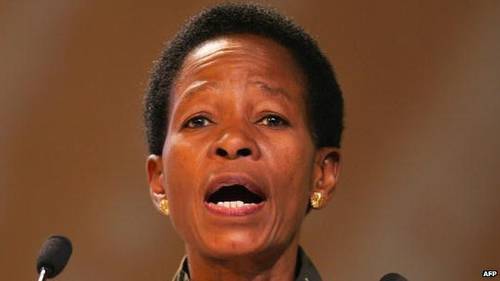 President of Tanzania, Jakaya Kikwete, has fired the country’s Land and Housing Minister Anna Tibaijuka for accepting $1 million from a businessman linked to the unauthorised transfer of $120 million in public monies to an energy company in 2013. The country’s permanent secretary in the energy ministry, Eliakim Maswi, has been suspended whilst an investigation into his role in the scandal is carried out.

According to Reuters, President Kikwete explained his decision to fire Tibaijuka yesterday on grounds that the minister had shown poor judgement in accepting the $1 million directly into her own personal account, even if the funds were eventually donated to charitable purposes. “One of the biggest questions raised is why this money was not paid directly to the school and was instead deposited in a personal bank account in her name,” President Kikwete is said to have remarked. “What the minister did is contrary to ethics of a civil servant. How can someone allow all that money to be deposited in his or her private account by a businessman?” the president added. Anna Tibaijuka had previously dismissed calls by parliamentarians to tender her resignation and argued that the monies were transferred over to a school where she served as the principal fundraiser. Last week, Tanzania’s attorney general was forced to resign over the scandal for his role in authorizing the $120 million transfer to a subsidiary of the energy firm, Pan Africa Power, despite denying any wrongdoing. President Kikwete’s office announced today that Energy Permanent Secretary Eliakim Maswi will be put on suspension pending the outcome of ongoing investigations. [caption id="attachment_15009" align="alignright" width="350"] 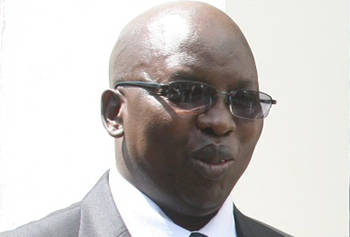 Energy Permanent Secretary Eliakim Maswi Is Suspended Pending Investigation IPP Media[/caption] “The Chief Secretary … has temporarily suspended Mr Eliakim Maswi … to pave way for investigation of allegations against him,” the president’s office said in a statement. It is alleged that individuals connected to Pan Africa Power transferred the monies to several politicians after initially receiving the $120 million. A political crisis has ensued after major donors suspended about $500 million in aid disbursements to the Tanzanian government until appropriate action is taken by the authorities. Tanzanian lawmakers have also called for the resignation of the Prime Minister Mizengo Pinda and other politicians in the energy sector for perceived complicity in the scandal, but President Kikwete has indicated he will only take further action after the conclusion of ongoing investigations. Tanzania, like many African countries is heavily dependent on foreign aid assistance to augment the government’s budget in carrying out social and development projects. *Source Sahara Reporters]]>