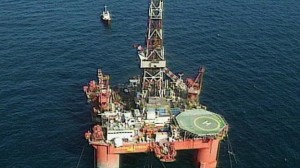 Oil rigs exploring for reserves offshore could soon be a familiar site off the coast of Somalia[/caption] The price of oil may have fallen off a cliff recently, but that has not deterred energy giants like Exxon Mobil, Royal Dutch Shell, BP and Chevron from reactivating plans to drill in Somalia. The Horn of Africa country could be the next focus for the energy industry, as the government claims the nation will be producing oil within six years. London-based Soma Oil and Gas, which is backed by Russian billionaire Alexander Djaparidze, has completed an onshore and offshore seismic survey and it is encouraged by the results. Details are expected to be published by the end of the year. Security remains a concern for foreign investors, but Somalia says with the help of troops from the African Union, it is making progress against the Islamist insurgents al-Shabab. Nevertheless attacks continue in the region, with ones in the capital, Mogadishu, the south-central town of Baidoa and north-eastern Kenya, near the Somali border, in the last week alone. Soma Oil and Gas chief executive Bob Sheppard, told the BBC the company’s seismic survey covered thousands of kilometres without any security worries. “We’re able to do that with zero security incidents. What we’ve been able to demonstrate is that you can conduct offshore operations safely and securely,” he said. A seismic survey involves firing an audio signal underground and analysing the sound waves that bounce back, which can indicate if there are deposits of oil or gas. Territorial dispute The government in Mogadishu will reward Soma for carrying out the seismic survey with licences to explore for oil. “The government have recognised they need to stimulate exploration. They need to stimulate the creation of a hydrocarbon regime because they are in a prospective area,” says Mr Sheppard. He notes that the region’s geology looks positive. “The analogous area would be the north-west coast of Madagascar, which has oil, because back in Triassic time (205 to 248 million years ago) they were joined. So we think the same hydrocarbon environment may exist,” he said.

Another thing that could disrupt development of Somalia’s oil and gas is a territorial dispute with Kenya over the offshore border between the two nations. [caption id="attachment_14657" align="alignright" width="300"] 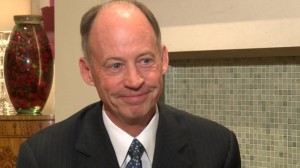 Soma Oil and Gas chief executive Bob Sheppard is confident Somalia has good reserves[/caption] Talks between Nairobi and Mogadishu have failed to resolve the dispute and tensions increased after Kenya issued exploration licences to drill in the region. Somalia has filed a case with the UN’s International Court of Arbitration. Petroleum and Mineral Resources Minister Daud Mohamed Omar is confident Somalia will win its case. “We do not believe that it is a disputed area. We believe it’s the property of the Somali nation,” he said. “As we have hired maritime lawyers, we have hopes that the outcome would be a mutual understanding between the two countries or we will have to wait for the ruling of the court,” he said. Another complication for the government in Mogadishu lies in the fact that the autonomous regions of Puntland and Somaliland have also issued exploration licences. ‘Hottest opportunity’ ‘Hottest opportunity’ East Africa is the new frontier for the world’s energy industry, as reserves of gas are being developed off the coast of Mozambique, Tanzania is exploring offshore and oil has been discovered in Kenya and Uganda. “East Africa is regarded within the oil and gas industry as having huge untapped potential,” says Steve Robertson, a director with the energy analysis group Douglas Westwood. “It has been regarded in recent years as one of the hottest opportunities available to both independent and larger international oil companies,” he told the BBC. [caption id="attachment_14660" align="alignleft" width="300"] 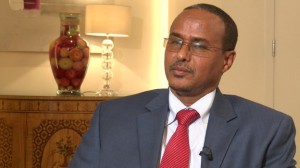 Somalia’s Petroleum Minister Daud Mohamed Omar is confident of winning a territorial dispute with Kenya[/caption] Abdulkadir Abiikar Hussein, the director of oil and gas exploration at the Ministry of Petroleum and Mineral Resources in Mogadishu, is confident Somalia can attract the world’s big oil companies to start drilling. “Comparing to what we have seen in the region. From Mozambique through Tanzania, Kenya, that has proved there are gas resources.” And the bulk of the Indian Ocean is with Somalia so that’s why there is a rush to Somalia these days,” he said. Mr Hussein also insisted stability is returning to the once war-torn country. “The Indian Ocean is safe enough these days. There was the problem of piracy and piracy has dwindled. In terms of al-Shabab and other problems, that is a continental problem, but not in the Indian Ocean, so as a priority the Indian Ocean has to be explored first,” he said. “There is a tremendous improvement in security in Somalia at the moment,” he added. New port [caption id="attachment_14662" align="alignright" width="300"] 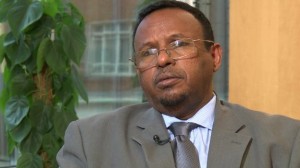 Somalia’s director of exploration says that the Indian Ocean “is safe enough these days”[/caption] Companies like Royal Dutch Shell and Exxon Mobil are being encouraged to reactivate dormant contracts to explore for oil and gas. They withdrew from Somalia two decades ago after civil war broke out in 1991. They may be encouraged by Somalia’s plans to develop the country’s infrastructure. According to Mr Hussein, “there is an expansion going on to Mogadishu port and initially that will be adequate enough to receive the movements of rigs and things like that into Somalia. “But there will be another project that will include building a new port to handle the massive equipment imported in by international oil companies,” he added. Somalia is confident it will be producing oil within a few years, but given the planned development of oil and gas resources elsewhere in the region, notably Uganda and Kenya, the government in Mogadishu would do well to remember an old Somali proverb: “One cannot count on riches.” *Source BBC]]>