In this contribution, I reflect on the significance of the mobile phone in Cameroonian transnational social relationships. 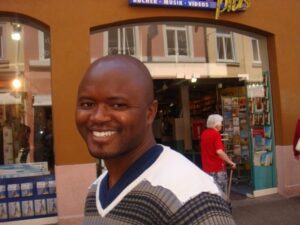 My point of departure pays attention on the mobile phone, just like any other technologies, transforms human relations and perceptions. Mobile phones are widely “applauded” for providing avenues through which relationships are maintained in the event of migration. In fact, plenty of studies reveal how the mobile phone has made transnational interactions to move from procedural to a daily reality, all at the control of the actors who, for example, do not rely on the post office for letters. At the same time, the mobile phone technology could become a burden or a source of discomfort. Take for example, the compulsion to keep in touch, the inner tension among migrants when they discover a missed call from home, the tendency to imagine social distanciation when your call is not picked up or even the practice to instantly switch on the phone in order to check missed calls after you leave a conference hall. These sensory experiences and reactions calls into question as to what it means to be readily available and reachable through your technological identity embodied in the mobile phone number.

As an anthropologist, I find it more revealing and interesting to focus on the disruptive and unexpected significance of this communication medium in social relationships. My research among Cameroonians in Germany and Cameroon is replete with plenty of unwanted and unanticipated dimensions of the mobile phone which in turn provoke theoretical reflections on the meaning and use of the technology in social life. In my research, even as the migrants and those who stay behind evaluate the mobile phone as a blessing and thus a common intention to foster family and friends relationships, the unequal socioeconomic positions (be it imagined or real) of the actors influences the ways the mobile phone is utilized to maintain the ties. For example, Cameroonian migrants are generally believed to be better off economically and are assigned the responsibility to maintain social ties with friends and family in Cameroon. This general “arrangement” often downplays that there could be poor migrants even as they live in countries with greater economic power.

There is plenty of evidence that most of the relationships are not maintained, despite the easy possibility to do so. Migrants have scaled down and prioritized the number of friends and family members they keep in touch through (regular) calls much to the disappointment of a majority of non-migrants relations. Scaling down the number of people contacted does not involve informing individuals in Cameroon that they are sidelined or not longer count as friends worth calling in a context where mobile phone calls are used as yardstick of social closeness. As such, non-migrants express feelings of abandonment and also that migrants disappear in a world where the mobile phone offers the possibility for people to easily maintain social relationships. Understandably, these narratives are in part provoked by the consciousness of direct contacts and also the awareness that people can no longer provide excuses for not contacting friends and family members once mobile phone numbers are exchanged. Thus, non-communication and silence are ideally unacceptable; they betray expectations embodied in the mobile phone as a technology for social interaction for people who do not or no longer share co-locality.

The sensory experience of social distance reveals just one of the many tensional narratives that characterize unequal transnational social ties. Many researchers on transnationalism have demonstrated how migrants balance social distance, closeness, obligations and belonging to the family that stays back in the home countries. It could be in the form of mothering children from distance, help other family members migrate, plans on how to allocate financial resources popularly termed remittances, etc. Remittances are an inescapable topic on research focusing on migrants in or from the so-called Global South. In my research, those who stay back in Cameroon partly evaluate the mobile phone as a medium to express entitlement to migrants’ resources. Most of them accuse migrants for withholding financial resources. Likewise, migrants consider the mobile phone as a useful technology that directly coordinates and channel remittances back home to specific people. This usefulness however has apparent inconvenience as the communication tool instantly links them to burdensome people who request financial support.

Evidently, this cultural background on the expectation to share migrants’ resources poses an enormous challenge in transnational friendship and family ties. Most discontents arising from the direct communication centered on remittances request on one side and the inability or unwillingness to fulfill the expectation on the other. In fact many participants in my study in Cameroon reportedly used the mobile phone to convey dissatisfaction, discontent and even quarrel with migrants when expectations of remittances were not met.

The tensions emanating from the uncomfortable verbal exchanges contribute in weakening social ties as actors become reactive and defensive. Most migrants resorted to practicing shallow sociality. By this I mean people contact others hesitantly and perhaps only out of obligation or the wish to free their consciences. Shallow sociality typically involve not asking the details of non-migrants’ lives. They would rather use the mobile phone to keep most ties in a shallow manner for fear that asking too many questions might entrap them (migrants) to either remit, promise to remit or that they might end up feeling guilty after learning of non-migrants’ problems. It was a practice which did not escape the observation of non-migrants who condemned migrants’ fear of intimacy and closeness. Based on the pressures and disappointments of the majority of participants, one could claim that the mobile phone does not necessarily enhance intimacy or fill the communicative gap that exists between migrants and non-migrants. It enhances a few ties while the majority experience conflict in varying dimensions. In this context, the technology instead contributes in creating and maintaining social distance or even breaks up of relationships that might otherwise be cordial if people were not instantly available and reachable across borders.

These findings theoretically question the general perception of the mobile phone as a technology that unites families, especially in the event of migration. 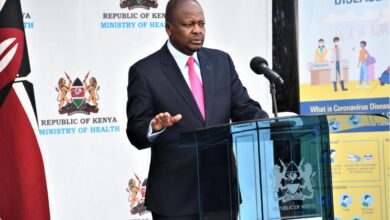