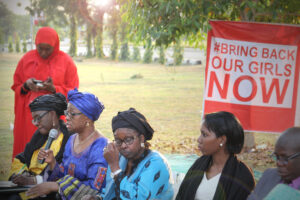 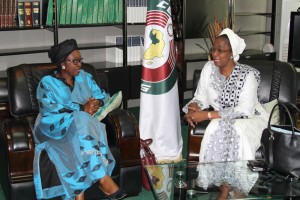 The purpose of their visit is among others to echo the voices of the women of Nigeria and support them in their efforts to bring to an end the ordeal of the Chibok girls and all other forms of gender based violence. They are also here to support the Government of Nigeria’s efforts to bring back the girls abducted by Boko Haram and galvanize the support of civil society organizations that are assisting the victims. The team is also calling for peaceful elections and for greater participation of women in Nigeria’s political space as a step towards curbing conflicts in the region and ensuring a prosperous future. “In order to achieve the goal of a peaceful and prosperous Continent, women must be part of that transformation process,” said Diop at the start of her mission, which ends on Friday 12 December. *Source AUC]]>