The AfDB imposes a three year debarment on China First Highway Engineering Co. Ltd. following admission of fraudulent and collusive practices in an AfDB-financed project. In addition, the bank levies a financial penalty of USD 18.86 million to support anti-corruption projects on the continent. 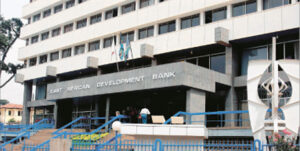 The African Development Bank Group (AfDB) on December 15, 2014, announced the conclusion of a Negotiated Settlement Agreement with China First Highway Engineering Co. Ltd. (CFHEC). Ensuing from investigations conducted by the AfDB’s Integrity and Anti-Corruption Department (IACD), CFHEC admitted to fraudulent and collusive practices in tendering for an AfDB-financed contract in the Democratic Republic of Congo. As part of the settlement agreement and in accordance with the Bank’s Sanctions Procedures, the AfDB debars CFHEC for a period of three years with conditional release. The debarment period may be reduced to 24 months if CFHEC complies with all conditions of the agreement. Additionally, AfDB imposes on the company a financial penalty of USD 18.86 million which flows into the support of projects and initiatives preventing and combating corruption in the Bank’s Member Countries on the African continent. The AfDB also reprimands China Communications Construction Company Ltd. (CCCC), CFHEC’s parent, for one isolated incident of lack of oversight regarding a subsidiary’s bid for an AfDB-financed project. CCCC, however, is taking necessary remedial actions to prevent a recurrence of any such type of mistake. Under the settlement agreement, CCCC commits to maintain an effective compliance program for it and its affiliates and to cooperate with IACD. “There is no such thing as ‘too big to sanction’. Global companies involved in development projects need to ensure that their dealings with the African Development Group are clean. Beneficiaries of AfDB-financed contracts have to adhere to the highest ethical standards”, says Anna Bossman, Director of IACD. “Corruption and other sanctionable practices result in social pollution and we expect companies found to have engaged in wrongdoing to contribute financially to the clean-up”. In 2012, CFHEC submitted a bid for a contract in the context of the AfDB-financed Batshamba-Tshikapa Road Improvement Project in the Democratic Republic of Congo. In an effort to make CFHEC’s project performance experience appear more substantial, the company fraudulently represented that it had been awarded another Bank-financed contract in the past. In addition, CFHEC engaged in a collusive practice by sharing preparation of bids with a competitor. The debarment of CFHEC qualifies for cross debarment under the April 2010 Agreement for Mutual Enforcement of Debarment Decisions entered into by the African Development Bank Group, the Asian Development Bank, the European Bank for Reconstruction and Development, the World Bank Group and the Inter-American Development Bank Group.]]>