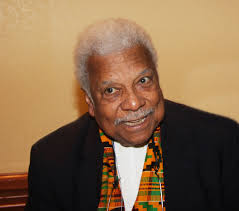 On October 13, 2014, an intellectual giant passed on at Binghamton, USA. Prof Ali A. Mazrui was one of a kind and his death at 81 marks the end of an era. He did Africa proud as a teacher, a scholar, an author and as a global citizen. I first met Prof Mazrui in 1967 when I enrolled at Makerere College of the defunct University of East Africa. He was professor and head of the Department of Political Science and Public Administration. As one of a handful of African heads of department at Makerere during the 1960s, Mazrui was at 34 the youngest, but easily the most prolific and most admired professor on the hill. Students fondly called him “The University Orator” which did not go well with his detractors who were obviously jealous of him. His public lectures at Makerere’s Main Hall attracted, in droves, students, academicians and Uganda’s political elite. Prof Mazrui taught an introductory course (POL 1.2) in Political Science for First Year students. I enrolled for the course during the 1967/68 academic year. Our class of about 120 students often welcomed “visiting students” from other departments who came weekly to listen to and be mesmerised by our Mwalimu whose two-hour lectures were so absorbing and so engrossing that time always flew unnoticed. He had the unique ability to explain complex ideas and theories to the level where all students in his class would answer or nod “Yes” when he asked: “Are we together?” When I requested Prof Mazrui in 1988 to be a referee for my application to the Graduate School of the University of Toronto, he not only agreed without any hesitation, but also gave me a fantastic recommendation which enabled me secure admission to “U of T” which is Canada’s leading university. I am grateful for the guidance, encouragement and support he extended to me as a student. Prof Mazrui’s legacy A graduate of Oxford University, Dr Ali Mazrui was professor and head of the Department of Political Science at Makerere from 1966-1973; he taught at several universities thereafter, such as the University of Michigan at Ann Arbor, the University of Nigeria at Jos and from 1989 until his death he was the Albert Schweitzer Professor of Humanities and Director of the Institute of Global Cultural Studies (IGCS) at the State University of New York (SUNY), Binghamton. Prof Mazrui has left a powerful, impressive and enduring legacy in the academic and literary world; he published more than 20 scholarly books, including Towards a Pax Africana which was a must-read for students of Political Science in the 1960s. Ali’s finest hour for me was in 1979 when he delivered BBC’s prestigious Reith Lectures under the theme “The African Condition” which brought vintage Ali Mazrui to the whole world. This was followed in1986 by the TV series “The Africans: A Triple Heritage” produced jointly by BBC and America’s Public Broadcasting Service (PBS). Prof Mazrui continued to write, teach and travel across the world to give lectures on a wide variety of subjects. I often wondered what kept him working tirelessly and unceasingly even at old age. He will be missed by the Political Science fraternity. In September 1996, I visited Prof Mazrui at Binghamton; my visit regrettably coincided with the death and funeral of Ali’s right hand man at the IGCS, Dr Omari Kokole, who was my friend. Omari was a student of Political Science at Makerere and Dalhousie University, Canada. He was like me from West Nile, but brought up in Jinja and spoke fluent Lusoga and Luganda in addition to Kakwa, his mother tongue. After the funeral, Prof Mazrui invited me and some friends of Omari for lunch at his residence and later on I had a one- to- one talk with him at his office at the IGCS. During our conversation, I came to realise how much Omari’s death at the tender age of 44 years had affected him, because he spoke with tears about his departed colleague; Ali was human and was overcome by emotion at one stage. He told me that Omari was like a son to him and that he had groomed him as his successor at IGCS. I was deeply touched and for those who knew Dr Kokole, they will recall how much he sounded like Mazrui. Omari did not resemble Mazrui at all, but when he spoke at meetings one would think it was Prof Mazrui. Dr Kokole was a renowned political scientist in his own right and a professor at SUNY. What pains and riles me about Ali Mazrui, Chinua Achebe, Ngugi wa Thiongo, Okello Oculi and hundreds of Africa’s best and brightest sons and daughters, is the fact that they were forced to flee their countries of origin or Africa by a hostile political environment poisoned by callous, ignorant and worthless African dictators! Prof Mazrui was blacklisted and harassed for over two decades by the notorious Moi regime; he died in exile. The enemies of the African revolution who have caused a massive brain drain from the continent have deprived Africa’s youth of the knowledge, skills and wisdom of scores of great African intellectuals and scholars who are languishing in exile in Europe, USA, Canada and elsewhere. Instead of Ali Mazrui and Chinua Achebe, the men who deserve to languish in exile are the greedy, violent and useless African dictators, such as Yahya Jammeh, Teodoro Obiang and Isaias Afewerk who have turned Africa into a laughing stock! How long must patriotic Africans and people of goodwill put up with such outrage? One hopes not long. May Ali Mazrui’s soul rest in eternal peace! * Source Daily Monitor . Mr Acemah is a political scientist, consultant and a retired career diplomat. hacemah@gmail.com  ]]>