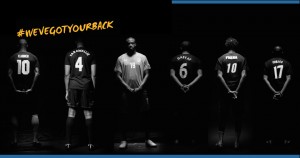 At the Official Draw for the 2015 OrangeTM Africa Cup of Nations today, the Confederation of African Football (CAF) joined football stars, celebrities, international health organizations and corporations to announce the launch of Africa United , a global health communications campaign aimed at preventing the spread of Ebola in West Africa. The campaign, which is supported by the U.S. Centers for Disease Control and Prevention (CDC) Foundation and driven creatively by actor Idris Elba, is designed to recognize the vital role of frontline healthcare workers, as well as to provide critical education and resources for the people of West Africa. Educational messages will be delivered on local and national radio and TV, billboards and by SMS to audiences in Liberia, Guinea, Sierra Leone and neighboring countries.   https://www.youtube.com/watch?v=WnnU_o010EE   In a new TV spot titled “We’ve Got Your Back,”Elba and a group of football players committed to the fight against Ebola in West Africa, including Yaya Touré, Carlton Cole, Kei Kamara, Patrick Vieira, Fabrice Muamba and Andros Townsend, are voicing their solidarity with the healthcare workers who are risking their lives every day to fight Ebola. In the video, the players acknowledge that, although fans regard them as heroes, healthcare workers tackling Ebola are the true heroes. Each player wears the name of a healthcare worker on his back as a symbol of respect for “the world’s most important team.” “For me the battle against Ebola is a personal one. To see those amazing countries in West Africa where my father grew up and my parents married being ravaged by this disease is painful and horrific,” said Idris Elba, actor and the creative force behind the development of the campaign public service announcements. “Imagine having to sit down and tell your family that you were going to fight this disease. That conversation is happening across West Africa and around the world every day. I am in awe of the bravery of these health workers, who put their lives at risk day in and out to stop the spread of this terrible disease. My hope is that, in some small way, through the development of these PSAs and the creation of the Africa United campaign, we can ensure that these workers get the support they need and that health messages are delivered to people on the ground to help them in their fight. #wevegotyourback. We will support you.” In another campaign video titled “West Africa vs. Ebola,” Elba stars as a soccer coach giving a rousing and educational team talk to West Africa in preparation for its “life or death” game against Ebola. Elba explains the symptoms of Ebola and tactics for how to beat the virus, which includes spreading the word and working as a team.   https://www.youtube.com/watch?v=Af4Ld1jIteE “I wanted to support this campaign for so many reasons. I could not sit back without doing something to help fight Ebola. It is important we don’t treat this as something we just discuss with work colleagues or simply follow on the news for updates – instead our focus should be to do something,” said Yaya Touré, Ivorian professional football (soccer) player. “I also wanted to get involved with this campaign as it pays tribute to the many, many African heroes who are in the villages, towns and cities using their skills, resourcefulness and intelligence to battle Ebola. Those people on the front line are often forgotten. African mothers, fathers, brothers and sisters are doing everything they can to fight Ebola – we have to support them. #WeveGotYourBack” 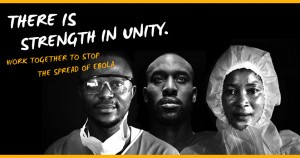 The video spots and other multimedia educational materials—including video and radio messages, billboards and posters—will be available on the campaign website, in English, French, Krio and additional local languages. The educational materials are designed to be adapted and distributed by Africa United partners such as ministries of health, health clinics, government and non-governmental organizations, media and sports organizations. These include the CDC Foundation and current partners Africa 24, SuperSport, ONE, UNICEF and Voice of America. CDC staff working in the affected countries contributed to the development and distribution of the health messages, and Africa United will continue to develop and provide messages to CDC and partners in real time based on changing needs in country. To further leverage the power of football to reach Africans, Africa United also will distribute FIFA and CAF’s ‘11 Against Ebola’ messages through Africa United partners. “Stopping Ebola is an emergency, and CAF is committed to using the powerful platform of football in service of our brothers in West Africa who are suffering from Ebola,” said Mr. Issa Hayatou, President of CAF. The 2014 Ebola epidemic is the largest in history, infecting nearly 16,000 people with more than 5,600 deaths to date. While the spread of Ebola is a threat to people, health systems and economies around the globe, West African communities in particular are being crippled by the disease as a result of already-strained healthcare systems, mistrust of healthcare workers and fear and stigmatization of those infected. “Private and public partnerships like Africa United are critical to aligning organizations fighting Ebola and to ensuring quick, effective responses to changing circumstances and needs,” said Charles Stokes, president and CEO of the CDC Foundation. “The CDC Foundation remains committed to advancing response efforts in West Africa through public education and resources for use on the front lines of the Ebola battle.” Ebola, previously known as Ebola hemorrhagic fever, is a rare and deadly disease caused by infection with one of the Ebola virus strains. Ebola is spread through direct contact (through broken skin or mucous membranes) with blood and body fluids of a person who is sick with Ebola, and objects (like needles) that have been contaminated with the blood or other body fluids of a person sick with Ebola. Ebola is not spread through the air, water or food. A person infected with Ebola cannot spread the disease until symptoms appear. 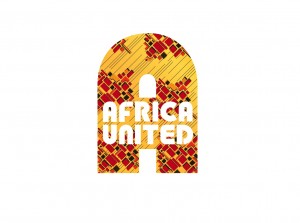 Africa United  is a global team of football stars, celebrities, international health organizations and corporations committed to stopping the spread of Ebola in West Africa. Africa United provides critical education, resources and solidarity to those affected by Ebola in West Africa. Its mission is to help stop the spread of Ebola and ensure access to healthcare by: driving adherence to positive behavior change messages, dispelling rumors and misconceptions, and instilling confidence in and acknowledging the vital role of community health workers. Established by the U.S. Congress, the CDC Foundation helps the U.S. Centers for Disease Control and Prevention (CDC) do more, faster, by forging public-private partnerships to support CDC’s work 24/7 to save lives and protect people from health and safety threats. The CDC Foundation currently manages more than 250 CDC-led programs in the United States and in 73 countries around the world. The CDC Foundation’s Global Disaster Response Fund has been formally activated to support CDC’s response to the West African Ebola epidemic, and donations to the fund are providing critical assistance and supplies. Visit www.WeAreAfricaUnited.org to join the campaign. *APO]]>