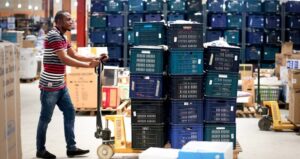 The rise of successful tech companies in Nigeria has been breathless, so why is the capital still mainly coming from abroad? You have an idea, and you need capital to breathe life into it. Welcome to the difficult first days of the start-up in Nigeria’s tech space. You are lucky – the financing ecosystem for young tech companies is far better developed today than even a few years ago. Of course, you start with your own funds and those of your friends and family. You need a space, perhaps a shared space in a tech incubator. From there on you are looking for grants, perhaps from something like the Tony Elumelu Foundation. They may give you up to $5,000 on fairly punitive terms – rights of first refusal on future rounds of equity financing, for example. Once you almost have a product or service that is ready to be rolled out, there is the Lagos Angel Network, which can bring funding of $30,000-$50,000. Beyond that, you have accelerators and early-stage venture funds to get to $200,000- $300,000.” And once you get to the million-dollar range, you get to players like us,” says Folabi Esan, a partner at Adlevo Capital, which invests in technology companies in Nigeria. “We do $20m-$30m deals, with co-investors, putting in around $5m-$7m of our own funds,” Esan explains. Beyond that, you reach the realm of the large private-equity funds such as Actis or Emerging Capital Partners. The rise of successful technology companies in Nigeria has been breathless. Jumia, an e-commerce service, was founded in 2012. It now sells 50,000 products, has 100,000 visitors per day and employs 500 people. Lamudi, an online property marketplace, now has 25,000 listings. But who is benefiting? There are concerns that these two flag bearers are simply bringing models developed elsewhere. Both Jumia and Lamudi are owned by African Internet Holding, a joint venture between Germany’s Rocket Internet venture capital fund, Swedish telecommunications company Millicom and South African mobile operator MTN. Wider benefits Certainly, there are local competitors. Sim Shagaya, a Nigerian entrepreneur, has launched Konga – an e-commerce rival to Jumia – and Dealdey, a site that resembles the deal and coupon site Groupon. But Esan worries that when a foreign-backed company like Jumia or Lamudi does incredibly well, the lion’s share of that money will not remain in the Nigerian economy. Perhaps more significantly, he argues that there are a lot of additional benefits to local investment: “There are issues about who gets consultancy work, the accountants and lawyers chosen, the support infrastructure. A lot gets lost in the process when you don’t have local capital investing in the businesses.” There may be many local tech entrepreneurs who rue the fact that an experienced foreign company with deep pockets has put its flag down early. The managing director of Lamudi, Obi Ejimofo, argues that the foreign presence is largely due to a lack of interest from domestic investors: “There are opportunities in Nigeria to put your money down in importing highly desired goods, where you get huge margins in oil and gas, in property. Most of the money in the country goes towards these things.” Of course, it is rarely a question of either just local or foreign money. “Having both will broaden the general market for these new products and create a new generation of local competitors,” says Adlevo’s Esan. “These new products that are coming in will change people’s behaviour. And they will also inspire local entrepreneurs to try to do the same thing in a more nimble fashion.” Ejimofo agrees and also points to spillover benefits that can improve the economy as a whole. Until the emergence of real estate websites such as Lamudi, it was difficult for companies to get a sense of the differences in supply and demand at a granular level across the market. But now, property developers “really have a clear idea of what the demand is for this particular type of property in this particular area in this particular city,” he says. Keep it nimble These wider contributions were picked up when Nigeria recalculated its national economic statistics earlier this year. Services, including online businesses, now total more than 51% of gross domestic product. The two previous mainstays of the economy, agriculture and oil, make up just 37%. For anyone in the tech sector globally, agility is the name of the game. Not having to interact with government is especially useful in Nigeria, where the bureaucracy can be predatory rather than supportive. “We don’t really have any contact with the administration,” says Jeremy Hodara, co-CEO of Africa Internet Holding. “Even in the ports, we have specialised Lebanese or Indian import-export companies to get all our products in,” he adds. Though they seem centuries apart, there could well be a similar dynamic in the tech sector as was seen in the textiles industry, where foreign investors set up shop, trained personnel and eventually saw them leave to set up competitor companies. Following this model, Rocket Internet is helping to structure the market, but then will experience increasingly stiff competition from local rivals created by former Rocket Internet staff. Indeed, that may already be happening. “Yes!”, laughs Esan. “People are already leaving Jumia to start up their own projects.” From playground to battlefield, the Nigerian tech scene is fast developing a culture of its own. ● *Source theafricareport]]>