Sandwiched between the outbreak of the Ebola virus in West Africa and the people’s revolution that swept Blaise Compaore of Burkina Faso from power, the passing of Professor Ali Mazrui was lost to many. Yet, the life of the towering intellectual that Professor Mazrui was deserved greater attention than passing headlines in the media. Professor Mazrui spent a lifetime fighting for Africa. He wrote profusely, and used a distinctive television documentary, “The Africans: A Triple Heritage” to share objective history of Africa with Africa and the world. To people like Professor Mazrui, there is reason to take pride in the rich cultural and historic contribution of Africa to modern civilization. Unfortunately, instead of promoting the African heritage that Ali Mazrui advocated, many of contemporary leaders in Africa have excelled only in pushing the continent in the wrong direction. As someone who endured a fair share of personal hardships from homegrown political detractors, Professor Mazrui no doubt would have supported the people of Burkina Faso in their heroic resistance against changing constitutional term limits by a leader that had held power for 27 years. 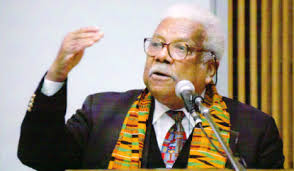 Had Professor Mazrui been alive, he would have continued to educate the world that far from stigmatizing an entire continent of over a billion people with the Ebola, the virus is largely restricted to three countries in one region—Guinea, Liberia and Sierra Leone in West Africa. Simplifying understanding of the continent, its peoples and its history for the world was part of the mission to which Ali Mazrui devoted a lifetime When Pan-African Visions thought of a special edition to celebrate Professor Ali Mazrui’s relationship with Africa and Africans, we turned to Professor James Kariuki who runs the Global Africa Blog. We did so aware that Professors Mazrui and Kariuki were professional colleagues and close personal friends. They knew each other over the years as they taught at different US universities and worked jointly on several projects in the US and Africa. Kariuki graciously accepted the challenge of coordinating this issue. When we approached him, his response was, with tongue in cheek, who am I to say no? [caption id="attachment_14827" align="alignleft" width="300"] 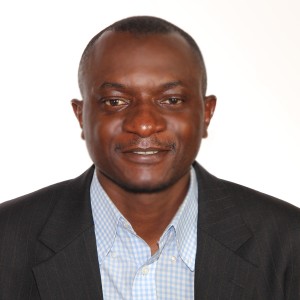 Ajong Mbapndah L[/caption] To celebrate Ali A. Mazrui, this Special Edition of PAV has pulled together African intellectual Titans living thousands of miles apart. From Willy Mutanga, the Chief Justice of Kenya and President of the Supreme Court of Kenya, the thread stretched to link to the Distinguished Professor and world-famous novelist, Ngugi wa Thiong’o at University of California in Irvine, California, Professor Sulayman S. Nyang of Howard University in Washington, D.C., Professor Isawa Elaigwu of the University of Jos, Nigeria, and others. In so doing, these contributors have conquered time and space to join hands in fellowship with other influential academicians, legal luminaries and common people to commemorate one of their own, the late Professor Ali Mazrui. The life and works of a giant in the mold of Professor Ali Mazrui can never be amply dissected in a single publication like this but kudos to Professor Kariuki for taking the lead in this venture. Our gratitude goes out to him as well as to the contributors who responded to his call for submissions that have made this edition possible. As we, Africans, vilify tyrants and visionless leaders who hold the continent hostage, we must also celebrate our heroes and this special edition is one small step in that direction. Ali Mazrui was truly the epitome of Africa’s finest and his legacy will transcend generations to come. Happy reading!! *Managing Editor PAV]]>