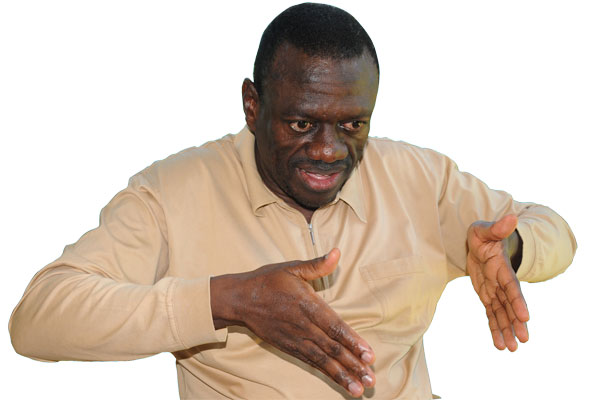 Dr Kizza Besigye[/caption] Leading political activist, Dr Kizza Besigye, this week said the Opposition would be open to the idea of a negotiated transition if President Museveni seeks amnesty from the possibility of being prosecuted as a pre-condition for leaving power. The former FDC president told Daily Monitor in an exclusive interview that for the sake of peace and development, the Opposition and other democratic forces will be willing to talk about such matters. “In principle, there is nothing wrong with our country granting amnesty of any kind if it will help engender peace and stability. If Mr Museveni and his colleagues choose to have a negotiated transition, such matters can be discussed,” he said on Wednesday. “Where no negotiated transition takes place and the NRM regime falls (as it will), then most likely, the law would take its natural course regarding any suspected offenders within the fallen regime.” To-date, no evidence of the President’s suspected crimes has been presented in any court although sections of the Opposition and the Diaspora have, on occasion, spoken about alleged war crimes and unspecified economic crimes, including alleged corruption. Under Uganda’s law, a president enjoys certain levels of immunity from legal process while still in office. Asked whether former PM Amama Mbabazi can be compared to former Kenyan president Mwai Kibaki, who at the time when President Moi was talked into leaving power became a compromise candidate, Dr Besigye said the two aren’t comparable. . “You seek to compare unlike situations. H.E. Mwai Kibaki was leading an opposition party in 2002 when he became a ‘compromise’ candidate. He had contested against president Arap Moi twice — 1992 and 1997. Mr Mbabazi is still the Secretary General of the ruling NRM and has not indicated that he intends to change that,” Dr Besigye said.

Below is the full interview
Do you consider this FDC Delegates’ Conference to be a defining moment for the party? I understand the conference is supposed to consider some constitutional amendments ahead of fresh grassroot elections of the party. I am not aware of any controversial matters that are supposed to be dealt with at the conference. Looking back at the vision of FDC at its formation and the current FDC, what do you feel? FDC was formed with a vision of realising a democratic, peaceful, prosperous and unified Uganda adhering to principles of equity, freedom, social justice and reconciliation. FDC, actually, emerged out of an intense struggle for democratic governance. While that struggle remains ongoing and critical, the party has also espoused clear policies that would transform the country in all spheres. My sense is that the greatest majority of FDC members and leaders maintain focus on the founding vision. Do you consider your retirement as FDC party president to have, in any way, been the cause of the bickering in the party? The party seems to have lost its way during transition… There are as many differing political views and opinions in a political party as there are members! A political party only helps to aggregate these opinions into a coherent general trend. The process of aggregation involves debate, critiquing, and disagreement. This normal and healthy process is what some, in the public and sections of the media, characterise as bickering. The test for any party leadership is to ensure that the processes in the party are above board, all-inclusive and democratically mediated. This is what my successor needs to keep an eye on. Change of leadership in our party is one of the flagship principles and virtues. It ensures predictability of change and hence preparation for such a change. Being rather novel, some hiccups would be expected, but to suggest that the party has lost its way would be unjustified. I think that severe criticism will help the party to continue checking itself so that the wrong path is avoided. What do you think the party should do at Namboole to repair the image caused by internal [contradictions] and the high rate of haemorrhage of its senior members? A national delegates’ conference is not the forum for resolving any conflicts that may exist. On the contrary, it can exacerbate them! If any contradictions can’t be resolved using smaller party organs, the party needs to create a separate space for dialogue among feuding sections. “Elders” of the party such as FDC Envoys could play a useful role is such conflict resolution processes. I also think that FDC should improve its public relations management. I consider that a lot of what you call a “damaged image” is a result of media spin, misinformation and misrepresentations. The term of office of all leaders (other than party president) expired in 2013. Some leaders have been concerned that it has taken a very long time to rectify that and that’s why some opted to step down from their duties. This cannot be presented as a “high rate of haemorrhage of senior members”! Given the view of one faction in FDC that the party has lost direction, how can this be remedied? As I pointed out earlier, I don’t subscribe to the view that FDC has lost direction. Some members are expressing strong concerns. I think that such concerns should be dealt with urgently, exhaustively and in an inclusive manner. Is FDC ready to form the next government and if so, why? NRM had far less managerial competencies in 1986 than what FDC has. FDC has the competencies to takeover and govern effectively. However, I am of the strong view that any government that succeeds the NRM regime should be a “transitional government” that takes on the critical role of building the foundations of a stable democratic society. Such foundations include reviewing the Constitution and laws to make them just, resolve outstanding controversies and bring them in conformity with a free and democratic society, establish independent, competent and efficient state institutions that will promote and ensure democratic governance and accountability and to organising free and fair elections. This is what was supposed to be done during the 4- (later on 10- ) year NRM transitional period. Such a transition should involve all the major political stakeholders in a government of national unity. Assuming that FDC took over power, what are the first three things you think FDC should do? Implementing the transitional imperatives outlined earlier and, investing in agriculture, social services and infrastructure. Would you consider granting total amnesty to President Museveni for all crimes he’s alleged to have committed in order for him to give way for another leader? In principle, there is nothing wrong with our country granting amnesty of any kind if it’ll help engender peace and stability. If Mr Museveni and his colleagues choose to have a negotiated transition, such matters can be discussed. What would be the alternative to such an amnesty for Mr Museveni? Where no negotiated transition takes place and the NRM regime falls (as it will), then, most likely, the law would take its natural course regarding any suspected offenders within the fallen regime. There is quiet talk about elements of the opposition and NRM joining hands to form a transitional government, in the interest of peace and development. What do you say about this? I am not aware of any such initiative yet, but it would be a welcome one. Can Mr Amama Mbabazi be compared to former Kenyan President Mwai Kibaki at the time when president Moi was leaving power? Can he be a compromise candidate? You seek to compare unlike situations. HE Mwai Kibaki was leading an opposition party in 2002 when he became a “compromise” candidate. He had contested against president Arap Moi twice- 1992 and 1997. Hon Mbabazi is still the secretary general of the ruling NRM and has not indicated that he intends to change that. *Source monitor
]]>