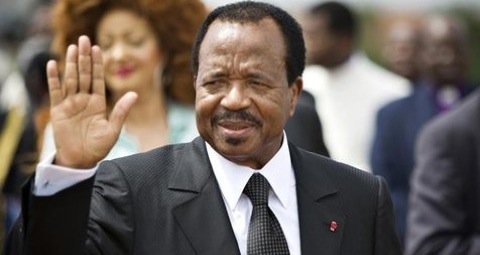 Cameroon will spend an extra 925 billion CFA francs ($1.75 billion) over three years to boost economic growth, the government said after the first cabinet meeting presided over by President Paul Biya in two years. The Central African region’s largest economy – an oil and cocoa producer – has grown steadily in the past decade. But poor infrastructure and what critics see as inertia and lack of a coherent strategy by government authorities have stymied its potential. Cameroon suffers from chronic power shortages which cripple business operations, and its poor roads and transportation network make it hard to move goods such as cocoa, coffee and timber to ports for export. Long-serving President Biya — who the country’s opposition calls an “absentee president” because of his frequent and lengthy holidays — said the emergency programme would be in addition to currently budgeted spending. “The emergency plan is a special programme of measures and projects aimed at meeting the immediate needs of the population,” Biya said, following the 25-minute cabinet meeting on Tuesday. Prime Minister Philemon Yang said during a presentation in the cabinet meeting that the three-year investment programme will focus on sectors such as road infrastructure, health, agriculture, energy and security. “The special programme, evaluated at 925 billion CFA francs, is financed through the mobilization of the required resources from local and international financial institutions at sustainable rates,” Yang said without giving further details. The government has forecast economic growth of 5.8 percent in 2014, accelerating to 6.3 percent in 2015. The International Monetary Fund forecasts 5.1 percent this year and 5.2 percent in 2015. *Source theafricareport*]]>