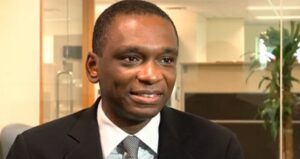 Jose Filomeno dos Santos, chairman of Fundo Soberano de Angola (FSDEA)/ Photo©ScreenShot[/caption] Oil-rich Angola’s sovereign wealth fund has set aside $1.6 billion to back infrastructure and hotel projects across sub-Saharan Africa, though falling energy prices could slow future flows of new money into its coffers. In an investment update for the three months to September 30, the Fundo Soberano de Angola (FSDEA) said on Wednesday its net value now stands at $4.95 billion, net of running costs taken out of the original $5 billion endowed by the government. The FSDEA said it is investing $1.1 billion in an infrastructure fund that will focus on investments in energy, transport and industrial projects in Angola and elsewhere in sub-Saharan Africa. It has also allocated $500 million to a Hotel Fund for Africa, aiming to address a “significant undersupply” of top-end hotels in the continent. The fund will be able to incur debt up to 50 percent, which could double its total investment capability, the FSDEA said. However, a drop in oil prices this year will likely limit the amount of money Angola is willing to pay into the fund in future. Future endowments will come from the surplus from oil revenues after the state has financed fiscal stability measures. “Obviously the requirements for the funds which are available to be transferred have increased with the reduction of revenues by the state,” fund chairman Jose Filomeno dos Santos told Reuters. Dos Santos said falling oil prices reinforced the importance of the fund, which was launched to manage a proportion of Angola’s oil revenues for the benefit of future generations. By investing in infrastructure such as ports and roads, it can help Angola diversify its economy away from dependence on oil exports, he argued. “We believe, in cases like this, the best outcome is for there to be a sensible decision, to invest in the right things and prevent worse scenarios in the future,” dos Santos said. The fund’s quarterly report shows around 63 percent of the portfolio is currently invested in high-quality bonds while around 12 percent is in equities. A 25 percent allocation to cash is now much reduced since the end of the reporting period because the “great majority” was deployed to the infrastructure and hotel funds, dos Santos said. The funds are run autonomously as private equity style vehicles by Zurich-based Quantum Global Investment Management, dos Santos said, adding he could not disclose individual investments under consideration. *Source theafricareport]]>