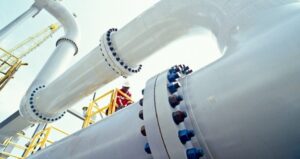 Plans in the pipeline include developing agriculture and telecoms. Photo©John Warden/Getty Images[/caption] Several speed bumps are up ahead for Angola’s economic chieftains: firstly, the reshaping of the economy to manage the slowing down of the oil industry and the rapid development of the agricultural and services sectors; secondly, the government has to find the finance to keep up the pace of infrastructure and social investment; and lastly, it must tackle vast economic inequalities, which are among the widest in the developing world. A forecast from the International Monetary Fund (IMF) in September that Angola’s economic growth will slow to 3.9% this year, compared to 6.8% in 2013, sounded an alarm. The main reason for this is that oil revenue fell 14% between January and May after production cuts caused by unscheduled maintenance and repairs. Some in the oil industry are critical of Francisco de Lemos José Maria, the chief executive of national oil company Sonangol. “He is a finance guy, and so I’m not sure he always understands the technical aspects of the industry,” says a senior Angolan executive who requested anonymity. “Of course he gets technical advice from others, but it’s not clear to what extent he really takes it on board,” he concludes. Elsewhere, finance minister Armando Manuel has won plaudits with his enforcement of greater financial discipline. Spending is keeping closer to the budget, although lower revenue will mean some departments will have to cut spending. After this year’s dip, the IMF forecasts the oil industry will grow by 2.25% per year over the next five years and big investments in areas such as farming and telecoms will reduce Angola’s dependence on oil and create jobs. Those plans will still critically need oil to pay for the wider development: “Growth prospects over the longer term […] should be firmed up during 2015, as ongoing pre-salt prospecting should help to determine the amount of commercially viable oil reserves,” the IMF explained in September. *Source theafricareport]]>

Our mission is to help small companies - Jean Philippe Prosper