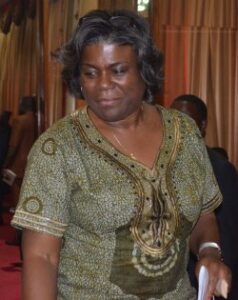 Assistant Secretary of State for African Affairs Linda Thomas-Greenfield is traveling to Monrovia, Liberia December 2-5 as part of a U.S. delegation reviewing ongoing Ebola response efforts in the country. The delegation will be led by Assistant Secretary of Defense for Special Operations and Low-Intensity Conflict Michael Lumpkin and also includes Dr. Ariel Pablos-Mendez, USAID Assistant Administrator for Global Health, and Dr. Mitchell Wolfe, Deputy Assistant Secretary for Global Affairs at the U.S. Department of Health & Human Services. Assistant Secretary Lumpkin and the delegation will meet with U.S. government personnel serving in the region, as well as UNMEER (UN Mission for Ebola Emergency Response) and international medical staff who are serving the people of Liberia during this global health crisis. The delegation will meet with President Ellen Johnson Sirleaf to underscore the United States’ continued commitment to Liberia and to explore avenues to accelerate Liberia’s economic, political, and social recovery after the Ebola crisis. The United States is Liberia’s largest bilateral partner and has long been working with the government to move Liberia from a post-conflict country to a developed country. Since the end of the conflict in 2003, the United States has invested more than $2 billion toward rebuilding Liberia and improving the lives of its people. Assistant Secretary Thomas-Greenfield was the U.S. Ambassador to Liberia from 2008 to 2012 *APO]]>