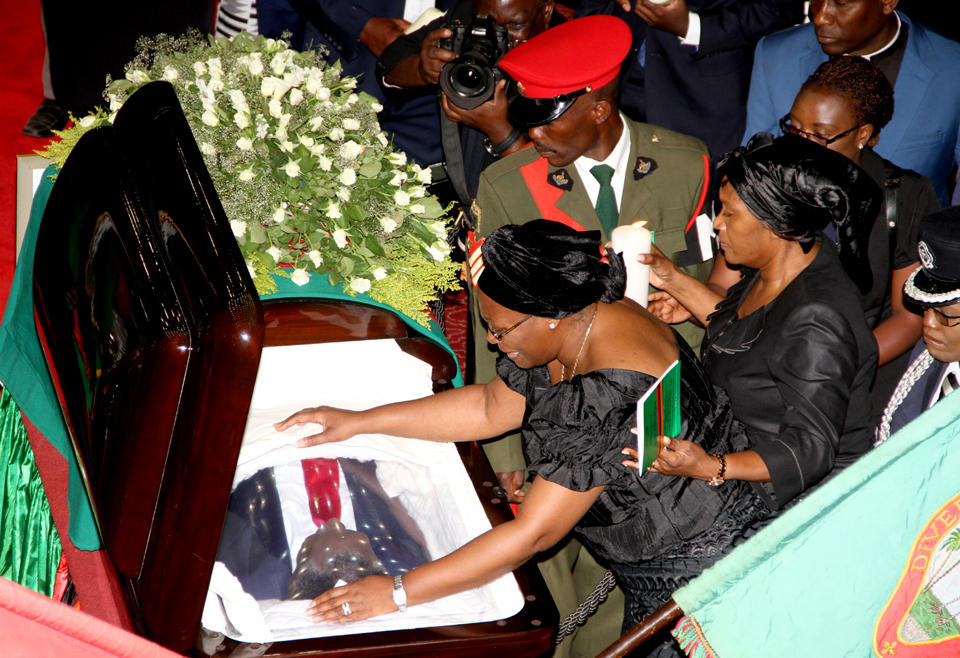 Sata’s body, which was repatriated on Saturday, is to lie in state for a week in the capital Lusaka until a November 11 funeral in a graveyard reserved for heads of state.

Sata’s widow Christine, along with other family members and officials, were among the first to view his body in the Mulungushi International Conference Centre. The doors were then opened to the public.

Sata, a former trade union leader nicknamed “King Cobra” for his acerbic broadsides, had denied persistent rumours in the last few months of his reign that he was gravely ill. His detractors portrayed him as an authoritarian populist, while his admirers — many ordinary Zambians among them — remember him as a dynamic figure with the country’s best interests at heart.

Jean Ndayisenga, a Rwandan refugee living in Zambia for 17 years, said Sata would be remembered for giving refugees permanent resident permits. He said no previous Zambian presidents had ever given refugees such status.

“For sure we are going to miss the president. We only hope the one who will take over will follow his steps,” he said.