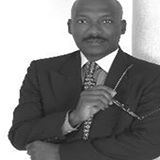 Those reflections are made to inspire an unemotional approach to the crisis in the liberation struggle of Black people. We must recognize that the processes of liberation in various territories were deviously interrupted such that the same colonies of whites who maintained their privileges over the indigenous citizens have become strong enough to assure the exploitation of our people for their fatherland. This is to say further, that Black people are not free nor have been liberated anywhere in Africa.

If there is a need to specify a geopolitical zone as Black Africa, it is because Black people are confined to areas in which there seem a homogenous group of rulers who seem alike.  That is all there is to it. Here again, it is better to clarify what remained a confusion purposely maintained to keep in operation the Trojan horses of our enemies who proclaimed to have colonies when in fact they were referring to their kindred left as the backbone of what has become a powerful force within African countries. The various independences celebrated were great shams of mass deception which further entrenched white domination.

Those Africans who fought for liberation never got to it because outmaneuvered in the grand schemes of so-called independence. An independence that is celebrated with as much fanfare and feast that several generations born after the period of struggle believe it gave them the benefits of the sacrifices made by unknown, rather unrecognized or better yet, ignored men and women, whose suffering and death are taken for granted.

There is today, an ignominy added to the indignities done by an unscrupulous race to an entire continent of people with the resonance felt as far as the hinterlands of continents by many descendants who consciously lay claim to this motherland, Africa.

As some may say, “this insult added to injury”, is magnified by the overt contempt by whites of Africans in general as once again, the latter deifies a symbol of their subjugation. It is a pathetic sight to see that Black men recoil into the silence of cowards whereas the other group of mentally emasculated men applauds the victory of their people’s enemies.

There is nothing more disgraceful than the image of a white person smiling with cynicism while he is saluted by Zambian military commanders as the new victors pock fun at these wounded and castrated Black men.

Regrettably, all Black Africa stares aloof, having reached the same unconsciousness equaled only to the decadence of western nations.

In fact, there is no need to hide it. Everything is racial in any context and every domain so long as Africa is subservient to the West, and Black people remain dominated by Whites. The tragedy today is that the phenomenon is severe because of a disloyal African elite made of corrupt politicians and a military caste which did not oppose the nomination of Guy Scott.

Those who deny and say that the race issue does not matter are unaware of the real conditions of African people on the continent or worldwide.  Those who do not know how to situate themselves in this universe deserves no compassion for their ignorance because now more than before, Black Africa must face head-on the threats of its extinction.

The stupor of Black readers to these statements proves that they are immature in world history or less perceptible to the chain and development of world events as well as world affairs.

President Sata of Zambia died in Britain, while seeking treatment for an illness. It is no accident. Let us state that emphatically. If his designated white vice-president, Guy Scott became the interim president. That is absolutely not a coincidence, but planned in the same vein of palace intrigues rehearsed timelessly by the syndicate of white conspirators and their puppets, and who yearn to change their power base.

Zambia is the case example of a forthcoming trend which should alert specifically, other African presidents or Heads of States, and in general, citizens of countries with high profile or stakes as regional or continental power brokers. Indeed, it matters that only Black people represent themselves anywhere and for as long as the colonies of the same perpetrators of our subjugation are not deported from the continent.

We, Africans, must surpass any moral rampart to consider binding on us unjust laws, even when handed down in our constitutions. Especially, when those whites with whom we are dealing at every level flaunt their disregards of their own laws as with regards to African descendants or international laws.

Guy Scott is the interim president of Zambia by designation and not by election. He was not democratically elected, but benefited, if anything, of the misfortune of a loophole which makes more critical the threats to Zambia’s national security as well as the region.

As stated elsewhere, Guy Scott is not an African. His ancestors were invaders. So, he and his kind remain invaders in Africa. There is no statute of limitation for the banishment of the entire race of people which holds under subjugation and which committed the gravest crimes against our people. Those Blacks incensed by such declaration are the ones prone to serve evil for their own selfish gratification.

Furthermore, those who seek to absolve the enemies of our people at this hour must be willing to pay the price of extricating our people from these slave economies where entire generations of men and women as well as children work without knowing the entire lives but poverty for a pittance and these hollow promises.

The threats to the Zambian national security are not difficult to measure. They are constant in that Africans are always naïve to think that those who exploited them for several centuries will have a change of heart to reverse their conditions. The beasts are predators and parasites by nature and their involvement with Africans are with the intent to plunder furthermore Africa.  The civil society must begin to monitor public debts; the share of white minority fortune now and after; public contracts and the flux of capital  disguised  as loans, aid as well as the overtures to so-called investors or philanthropists. The propaganda of globalization with the pretension of emerging economies in Africa from poverty is also hollow.

Behold, African countries are kept back to implement mediocre goals intended to phase out by the time they are put into effect. Increases in yields in all spheres of economic activities are not indicators of growth, but the drumbeat has been set up by the World Bank, the IMF to deceive those who have not decided to measure the welfare of their citizens with tangible assets and public infrastructures. One does ask bloodsuckers to forecast the welfare of their victims, but Africans have ceded that right to unscrupulous parasites and their institutions under the pretense they are dealing with international institutions.

There can be no development in economic slavery. It does not take a rocket scientist to recognize the destructive inclinations of all policies followed, and those who forget it and still await a white messiah must remember that in two thousand years, whites have remained destroyers and a barbaric people. The plight of Africans will not change until they get rid of white people on the continent.

Finally, there is callousness in the spirit of those men and women who lead their own in Zambia just as it is generalized for the whole “leadership” in Africa. This callousness is disturbing by the degree these men and women can commit sacrilegious acts and never consider that each privileged citizen must hold high the sacrifices of the past generation. It is only with some warped reasoning one can justify that the sons and daughters of our people’s enemies come to rule our nation. Just because they have been grandfathered to have some citizenship does not mean they should not be identified clearly. Here, whites may claim it is their right, but what rights the heirs of criminals have over the owner of the land?

Perhaps, it is now time to stress what is sacred to only Africans as long as they live in countries underdeveloped by Europeans and in nations impoverished by western institutions. What is sacred in not a matter of fade symbolism common to European culture but the spiritual foundation of an experience through slavery or its other euphemism, colonization? Of all things, this is what the most important to change our fate.

The youth must now, be brave to take the war, I repeat, the war to the next level; then, claim its rights to proper education, jobs and excellent welfare with pristine homes and amenities as deserving as any people on this planet earth.

Africa is their heritage and Zambia is the land of their ancestors. No other people can make such claim nor have such rights, however long they may have lived on this continent.

The youth must see to it that Guy Scott goes away, sooner than later, and never again, they should permit such ignominy against the Black race. Let the progressive forces gather the regenerative power to redirect the aspiration of the Zambians and obviously, the whole African people, to the ultimate objective of total liberation.

*Jacques Sotero Agboton is an international political analyst and can be reached at institutresearchdevelopment@gmail.com

2015: Why I insist Jonathan, Buhari should not run – Sheik Ahmad Gumi 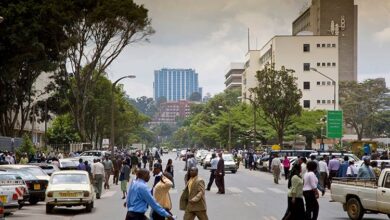