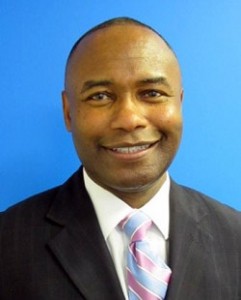 Kevon Makell President and CEO of SEWW Energy is a member of the Advisory Council[/caption] U.S. Secretary of Commerce Penny Pritzker today announced the appointment of 15 private sector leaders to the newly established President’s Advisory Council on Doing Business in Africa (PAC-DBIA). PAC-DBIA members – representing small, medium, and large companies from a variety of industry sectors – were selected to advise the President, through the Secretary of Commerce, on strengthening commercial engagement between the United States and Africa.
“U.S Government and private sector leaders see tremendous opportunity in Africa, and they want to seize it,” said U.S. Secretary of Commerce Penny Pritzker. “Africa is home to six of the 10 fastest-growing economies in the world, and the demand for U.S. goods and services on the continent is high. The President’s Advisory Council will be a critical part of our efforts to strengthen our trade and investment ties across Africa, so we can do more business together.”
Secretary Pritzker announced the appointments at Discover Global Markets, a Commerce-led business development forum held in Atlanta that focuses on export opportunities in Sub-Saharan Africa, including Cote d’Ivoire, Nigeria, South Africa, and Mozambique, among others. The event brought together U.S. government officials, visiting U.S. commercial diplomats posted at embassies throughout Sub-Saharan Africa, international business leaders, trade finance experts and others to help businesses identify and develop trade and investment opportunities on the continent.
Earlier this year, the U.S. Department of Commerce and Bloomberg Philanthropies co-hosted the first-ever U.S.-Africa Business Forum, bringing together hundreds of American and African chief executive officers with nearly every African head of state to spur more trade and investment between the United States and Africa. At the Forum, U.S. firms announced more than $14 billion worth of investments throughout the continent. As part of his commitment to deepen engagement between the United States and Africa, President Obama signed an Executive Order (E.O.) at the Forum to promote broad-based economic growth in the United States and Africa by encouraging U.S. companies to trade with and invest in Africa.
The E.O. directed the Secretary of Commerce to establish the PAC-DBIA. The group’s work will focus on advancing the President’s DBIA campaign as described in the U.S. Strategy Toward Sub-Saharan Africa of June 14, 2012. The PAC-DBIA will provide information, analysis, and recommendations on U.S.-Africa trade and investment priorities, including U.S. and Africa job creation; developing and strengthening commercial partnerships to increase U.S. public and private sector financing in Africa; and analyzing the effect of policies in the United States and Africa on U.S. trade and investment interests in Africa.
The diverse appointees of the President’s Advisory Council on Doing Business in Africa are:
U.S. merchandise exports to sub-Saharan Africa increased 58 percent from 2009 to 2013, reaching $24 billion last year. The annual growth rate of U.S. goods exports to sub-Saharan Africa has outpaced the rate of growth to the world during this same period. Total U.S. exports of goods and services to the continent of Africa reached $50.2 billion in 2013, representing total growth of 39 percent since 2009, or a 9 percent annual growth rate.
*Source commerce.gov
]]>