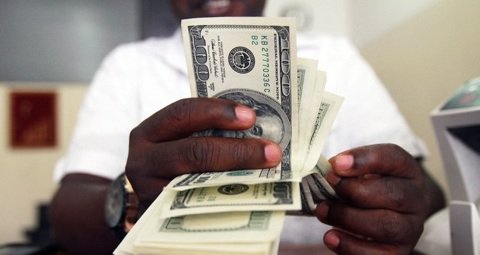 The International Monetary Fund said today that Tanzania is on track to reach its target for economic growth of about 7 percent this year, but warned the government to keep its public debt in check. Tanzania has stepped up domestic and external borrowing to finance infrastructure projects and plans to issue a debut Eurobond that could be worth up to $1bn in fiscal year 2015/16. The IMF said it had agreed a cumulative external commercial borrowing ceiling of $2.4bn with Tanzania for the period from July 2014 to June 2016. “This should be sufficient to accommodate the government’s plans for commercial borrowing,” Thomas Baunsgaard, IMF’s resident representative in Tanzania, said. “Adhering to this borrowing ceiling for commercial debt will help preserve Tanzania’s sustainable debt outlook.” Tanzania’s national debt stock, which comprises public debt and private external debt, stood at $17.96bn at the end of March 2014, up from a year earlier, according to official data from Tanzania’s finance ministry. IMF said although Tanzania remained at low risk of debt distress, significant revenue shortfalls in the 2013/14 fiscal year were a major concern. Baunsgaard said Tanzania would have to adjust expenditure to a likely revenue shortfall to meet the budget deficit target. Fiscal revenue shortfalls and overruns in domestically financed spending led Tanzania’s budget deficit to rise to 6.8% of gross domestic product in 2012/13, up from the targeted 5%. Cautious expenditure needed Tanzania’s budget deficit, including grants, was estimated at 5.5% of GDP in 2013/14. “Program targets for the remainder of the year, including for the fiscal deficit, remain within reach but will require cautious expenditure implementation,” the IMF said in a statement this week after concluding a country review of Tanzania. “Revenue collection has been lagging behind the budget target … reflecting continued weaknesses in the ability to control expenditure commitments, this performance coincided with further accumulation of expenditure arrears.” *Reuters/theafricareport]]>