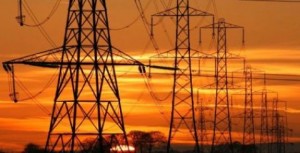 Senegal aims to increase its power generation capacity by over 70 percent in three years as it brings more sources of energy on line to diversify away from a costly diesel and oil-dependent system, the prime minister said on Tuesday. The plan seeks to use a mix of solar, coal, gas and wind energy to bring Senegal’s power production capacity to 1,018 megawatts, up from around 587 megawatts today. With a population of just over 13 million, Senegal is one of West Africa’s most stable democracies and is used as a base by businesses and international organisations operating across the region. However, its existing power plants are expensive and there are frequent power cuts. The plan was the key announcement in a Prime Minister Mahammad Boun Abdallah Dionne’s first policy speech to parliament since he was named in July. The government aims to complete a 125 MW coal-fired power station at Sendou by 2016. A second plant with a capacity of 250 MW will be completed in Mboro by 2017, according to the plan. Perched on the western tip of Africa, Senegal enjoys months of uninterrupted sunshine but the solar industry has struggled to take off due to high import taxes. Dionne is under pressure to deliver concrete progress to counter growing frustrations over the slow pace of social change since President Macky Sall came to power in 2012. *Source theafricareport]]>