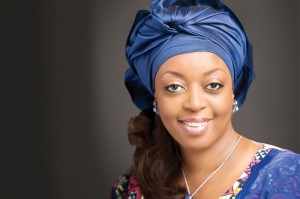 Diezani Allison-Madueke, Nigeria’s Minister of Petroleum[/caption] Nigeria’s Petroleum Minister, and head of the country’s delegation to the ongoing 166th General Meeting of the Organisation of Petroleum Exporting Countries, OPEC, Diezani Alison-Madueke, has been elected the president of the international oil body. Mrs. Alison-Madueke, who makes history as the first female to be elected into the office, was elected just as members of OPEC began their meeting at the headquarters of the group in in Vienna, Austria. She succeeds Libyan Vice-Prime Minister for Corporations, Abdourhman Atahar Al-Ahirish. Until her election, Mrs. Alison-Madueke, who would serve for one year, was OPEC’s alternate president. She is expected to commence work immediately to pilot the affairs of the organization at a time members are coming together to find ways of curbing falling global crude oil prices, which dropped to about $73.07 per barrel on Wednesday. Mr. Al-Ahirish had said at the opening of the private meeting that apart from the impact of speculative activities in the oil market, ample supply, moderate demand, a stronger value of the dollar and uncertainties about global economic growth, were the other key factors moderating price movement in the market in recent times. Mrs. Alison-Madueke, one of President Goodluck Jonathan’s closest allies, has been accused of mismanaging the oil sector in Nigeria and allowing corruption to thrive. A 2012 House of Representatives report into the management of petrol subsidy blamed the minister for failing to stop dubious marketers from swindling the government to the tune of over N2 trillion. The minister has been one the most criticised in Mr. Jonathan’s cabinet, and anti-corruption bodies had protested the move by OPEC to name her the new president of the oil bloc. *Source Premium Times]]>