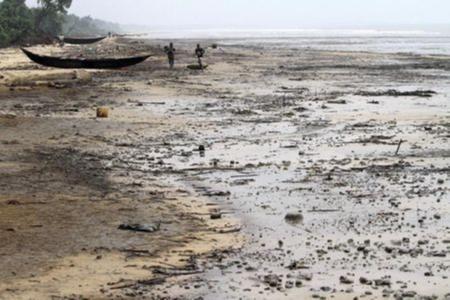 Nigeria’s National Assembly said on Wednesday oil major Shell should pay $3.96 billion for a 2011 spill at its offshore Bonga oilfield in the latest assessment of damage to the environment.

The non-binding decision comes after years of analysis by various Nigerian state agencies, which have proposed a range of fines as high as $11.5 billion.

The parliament finally reached a decision based on the report of the National Oil Spill Detection and Response Agency (NOSDRA), which previously recommended a fine of $5 billion.

Shell declined to comment. The company has previously said it took responsibility for the spill and had cleaned the area.

The parliament’s decision is non-binding as it only has the power to recommend fines to the government and cannot enforce them.

NOSDRA estimated that around 40,000 barrels were spilled when a tanker was loading crude at the offshore platform operated by Shell’s subsidiary SNEPCO. The Bonga field was producing 200,000 barrels per day at the time.

NOSDRA has previously said the spill had hurt locals in the area who rely on fishing for their livelihoods as the slick covered an area of around 950 square km.

“Since all efforts by this committee were tactfully rebuffed by SNEPCO, (it) has decided to adopt the damage assessment report submitted by NOSDRA as the lead agency in all oil spill management,” Uche Ekwunife, chairman of the environmental committee told the assembly.

Shell is also being pursued in a class action case for two other spills in the Niger Delta in 2008. In June, it offered 30 million pounds ($51 million) in compensation to 15,000 residents in the Bodo Community but this was rejected.

The United Nations Environment Programme has criticised Shell in the past for not doing enough to clean up spills and maintain infrastructure.

Nigeria is Africa’s largest oil exporter and an OPEC member but the environmental toll has been huge. The mangrove creeks of the delta region are heavily polluted mainly due to leaks from illegal pipeline tapping and sabotage.

Foreign companies have been selling their stakes in onshore oilfields after becoming frustrated with industrial scale theft and resulting spills, which show no signs of abating.

On Monday, Shell had to shut down a pipeline as a result of a new leak close to where it was removing oil taps.