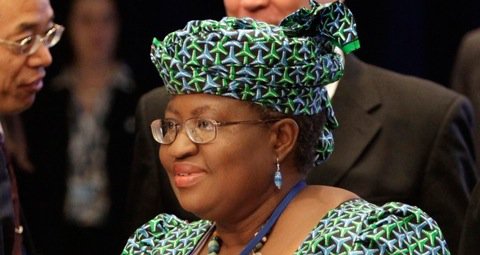 Okonjo Iweala[/caption] The Nigerian government has cut the 2015 oil benchmark from $78 to $73 per barrel, in a bid to shield the economy from falling global crude oil prices. As part of the country’s response to falling oil prices, the 2015 budget proposal to the National Assembly has been revised. Government is now proposing a benchmark of $73 per barrel to the National Assembly compared to the earlier proposed benchmark of $78,” Economy and Minister of Finance minister Ngozi Okonjo-Iweala said. The government has refused to panic even after oil prices dropped to $79 for Nigeria’s premium Bonny Light Crude. “Given the nature of the oil market, we needed to see the extent and trend of the oil price in order to take the right measures,” the minister said. Nigeria plans to boost non-oil revenues further, plug loopholes and waste, as well as cut unnecessary expenditures in order to cope with the fall in prices. Some of the austerity measures that have been introduced include limiting foreign travels by civil servants, a stop to foreign training programmes and federal ministries will be streamlined. An aggressive luxury goods tax for private jets, yachts, Champagne and other luxury goods has been proposed. Despite the proposed austerity measures, the government would continue to fund infrastructure, job creation, agriculture and human capital development, health and education sectors. “Our strategy is to continue to strengthen the sectors that drive growth such as infrastructure, agriculture and housing while reducing waste with a renewed focus on prudence,” Okonjo-Iweala added. Additional measures are expected to be taken, should oil prices decline further. However, the government will refrain from printing money without adequate revenue support as this will only trigger inflation. Amidst the crude oil price decline, economic growth has remained above six per cent, a reassuring report for investors. *Source theafricareport]]>