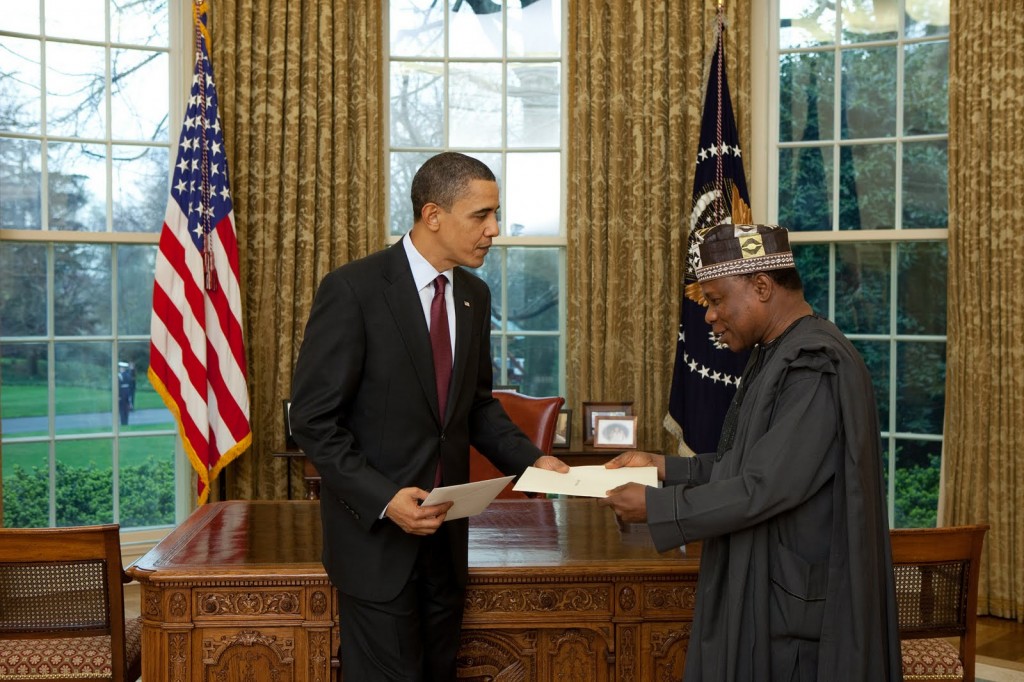 WASHINGTON (Reuters) – ‘Nigeria’s envoy to Washington criticized U.S. support in the battle against Boko Haram militants as insufficient, including failure to share enough intelligence and sell needed weaponry to fight the Islamist group.

Ambassador Ade Adefuye, in remarks posted on the Nigerian Embassy’s website on Tuesday, appealed for greater backing from Washington and rejected claims of human rights abuses that have limited some U.S. military assistance.

“Our people are not very happy with the content of America’s support in the struggle against Boko Harm,” Adefuye said in an address (http://bit.ly/1GMNtVU).

“There is no use giving us the type of support that enables us to deliver light jabs to the terrorists when what we need to give them is the killer punch.”

Nigerian President Goodluck Jonathan, who faces an election in February, has come under sharpening public criticism for his government’s apparent inability to check Boko Haram’s five-year insurgency, which has ravaged the poor northeast corner of Africa’s biggest economy. His government’s announcement of a ceasefire last month failed to stop almost daily attacks, which this year have included the mid-April abduction by Boko Haram of more than 200 schoolgirls from a northeastern town.

“The people of Nigeria are increasingly frustrated by not only the failure to rescue the kidnapped schoolgirls but the failure to stop what has become an increasingly effective insurgent offensive,” said J. Peter Pham, director of the Africa Center at the Atlantic Council think tank.

The United States ramped up its support for Nigeria in the wake the abduction of the schoolgirls, including high-tempo surveillance flights and efforts to bolster intelligence sharing. It later acknowledged a reduction in flights.

The Nigerian envoy disputed U.S. government claims that it had addressed problems with intelligence sharing. He also criticized a U.S. refusal to sell weaponry “that would have brought down the terrorists within a short time.”

He said Boko Haram fighters in stolen military uniforms were to blame for abuses attributed to Nigeria’s armed forces.

The U.S. official suggested any solution in Nigeria could not be a solely military one, instead requiring a comprehensive approach encompassing human rights and the needs of victimized communities.