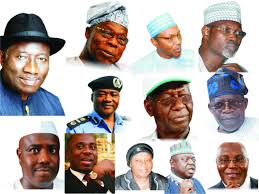 The Nigerian government’s successful handling of Ebola contrasts sharply with its blunders in tackling Boko Haram. One factor in that disparity is whose interests were at stake in each case: Ebola had the potential to kill indiscriminately across classes, while Boko Haram has so far directly affected mostly lower classes.

On 20 October 2014, the World Health Organization officially declared Africa’s most populous country ‘Ebola free’, 42 days after the last case was confirmed in Nigeria. The ‘world class’ swiftness and forceful response to quash the scary epidemic that killed seven of its citizens pales greatly when compare to the dysfunctional response of the government so far in the face of Boko Haram, a terrorist group that has killed more than 1500 civilians in just the first three months of 2014. Boko Haram, in fact, still holds more than 250 girls in captivity — despite international outcry and the Nigerian government’s recent announcement of having reached a deal with the Islamic militants for the girls’ release.

Much ink continues to spill on how the government accomplished such an epidemiological feat, which so far seems to elude even the US, the most resource-endowed healthcare system. But without understanding why Nigeria got everything right on Ebola, few applicable lessons could be drawn from the unparalleled success. Nigeria so far remains a country with many stories: at different points in time, islands of good governance have surprisingly emerged, pulling the whole system to deliver when particular interests were threatened. The Nigerian middle class felt more threatened by Ebola than by Boko Haram, resulting in a successful coalition with the ruling class to prevent the scariest scenario imagined: an uncontrollable Ebola outbreak in Lagos, Africa’s most populated city.

MY HOUSE, MY CAR, THE FUTURE

Nothing in recent memory has so far threatened to melt in a frightening manner the growing divides between rich and poor in Africa. Ebola introduces in an increasingly unequal Nigerian society a horrifying prospect: the random possibility of death. A poor, underclass and rural Nigerian has almost same chance of dying of Ebola as an urban, rich–-middle or upper class—citizen, everything being equal. And for once, the ruling elites together with the affluent middle class don’t have the option to pay their way into safety and protection through flying abroad for treatment, while abandoning a crumbling health care system, neglected for so long through chronic underinvestment by the government.

The middle class perceives Ebola as an existential threat to its way of life, which has risen spectacularly with Nigeria’s economic fortunes. While no standard definition of what constitutes a middle class exists, according to a recent study, the number of Nigerians earning $15-$115 daily has swollen sixfold— 600 per cent—since 2000 (Standard Bank 2014). That is three times more than the average growth of the top economies in Africa, which were studied. That one in ten Nigerian households are middle class is no news. But taken in context, it is simply staggering, given how long it has taken to lift 23 million of its citizens into the middle class. This is more than the population of the three Ebola-hit countries together.

While it is difficult to lump them all together, those in the emerging category of the consumer class who have disproportionately benefited from the economic growth are marked by their visible affluence. They have more than sufficient income after meeting their basic needs, enough to spend on cars, houses and leisure—the fruits of their sweat, which they will do anything to protect jealously. According to one survey, 53 per cent of them owned cars that were less than five years old and 35 per cent of their households have at least one family member with a foreign passport. Over 18 per cent of them were planning to move into newly-completed, self-owned apartments (Renaissance Capital 2011).

Their numbers are projected to more than triple by 2030. With most of them being graduates, Nigeria’s middle class are not only the most informed segment of the electorate, they also wield significant influence on Nigerian politics as well as share similar interests with the ruling class—at least to prevent the status quo from crumbling in a costly manner.

Populated in Lagos and Port Harcourt, the two cities that were directly exposed to the deadly Ebola trail, a coalition of middle class and ruling class interests in those richest states of the Federation shocked a muddled Nigerian government into steering an effective response against the virus.

At the time when Ebola first appeared, public health infrastructures generally were ill-prepared. And even now, it’s not yet clear whether they have been effectively stepped up after the initial success to prevent any future outbreaks. In fact, the index patient from Liberia landed in Nigeria when health workers were striking against their poor working conditions. The ruling elites have consistently underinvested in systems to protect the population against epidemics.

Nigerian preparedness to deal with a crisis like Ebola has been below the African average. As of April 2014, Nigeria had implemented only 58 per cent of minimum core capacities that countries have collectively agreed to put in place in order to better prevent and protect their populations against outbreaks of international public health concern (World Health Organization 2014). That was below the African average of 60 per cent. Nigerian progress in putting in place national preparedness plans was very slow, with only 40 per cent success against the agreed minimum. And regarding appropriate surveillance and control measures, only four per cent of minimum requirements had been put in all the ports of entry in Nigeria, far below the African median of 35 per cent.

The Ebola outbreak was therefore a wakeup call. It was a terrifying full stop to the growing trend where the ruling elites and middle class Nigerians opt to travel abroad for health care. Nigerian politicians and senior civil servants are the largest market for medical tourism in Africa, travelling frequently abroad for even routine medical check-ups. According to the Nigerian Medical Association, over 5,000 Nigerians travelled abroad monthly for medical care, taking along almost half a billion dollars out of the economy every year. This is over 10 per cent of what the government spends on health care for the entire population of 200 million. That is the amount of almost a whole year’s expenditure on healthcare in the Ebola-hit Guinea and Liberia combined. Nigerians even travel to peer countries like Egypt, which received over 3,500 Nigerian patients last year. The Nigerian government spends only $29 per citizen on health care. With only seven per cent of the budget allocated to health, Nigeria spends just a little above South Sudan in percentage terms—50 per cent less than the continental benchmark (World Health Organization 2010)

Boko Haram has exploited in part the government’s neglect and underinvestment in social and economic development of the northeast of the country to create an able fighting force that has given the national army a run for their money. The extreme Islamist group has taken swaths of territory in the north and unleashed a sustained campaign of violence, including kidnappings, against countless civilians. But unlike Ebola, the middle class, predominantly living in the south, have not felt their interests threatened enough to force the government into mounting a sustained and effective counter-response.

While the group has undertaken some sporadic attacks in Abuja, its impact has been localized in the poorer north, where 72 per cent of the population live in extreme poverty compared with the 27 per cent in the booming south. The insurgency has driven almost one million people from their homes and killed over 13,000 Nigerians in the past five years. From 2009 to 2013, Boko Haram killed more people than Al-Shabaab and Al-Qaeda in the Arabian Peninsula together and was responsible for 5.9 per cent of overall fatalities linked to terrorism (US State Department 2014). Only nine per cent of all Boko Haram targets were military. Because of the risks of attacks, most people working across the agriculture value chain, the mainstay in the North, fear moving outside protected areas.

A whole generation of underclass Nigerians is emerging. More than 10.5 million children between the ages of 6 and 17 are not in school—that is one in six of the world’s out-of-school children. In the poorest areas of the country, only 30 per cent of children even start primary school (The Economist 2014). Even in terms of numbers, Boko Haram has disproportionately killed more poor people than rich folks.

Basic health indicators are dismal in the north. While Ebola landed in Lagos via airplane as a ‘middle class disease’, cholera has remained endemic in the north over the past years as a result of a weak health system. In 2010 alone, 1,500 people were killed. And in the first quarter of 2014, the Nigerian Centre for Disease Control reported 106 deaths from an outbreak caused by poor sanitation. And if Ebola has to find its way again into the country through the ungoverned areas in the north, it is highly unlikely that government will repeat the success.

To be fair, the Nigerian middle class is seriously concerned about security, in particular Boko Haram’s limitless campaign of terror. In a survey, the majority of them expressed dissatisfaction with the government’s performance in maintaining safety and security and in managing the Moslem and Christian sectarian divide, fueled in part by Boko Haram (Afrobarometer 2014).

While the middle class feel strongly about governance—the underlying causes of the government failure—it is not clear what price they are willing to pay for good governance. In fact, when asked to rank their concerns over the next 12 months by a Renaissance Capital survey, they listed electricity and unemployment (19-23 per cent) as top priorities, followed by insecurity (5 per cent) and corruption (3.5 per cent).

When they perceive their interests to be sufficiently threatened, the Nigerian middle class can wield a decisive impact on the government through joining forces with the ruling class. When necessary, the middle class may also form coalitions with the poor and underclass to stop or change the course of government’s in(actions). One example is the successful 2012 Occupy Nigeria protest, which forced the government to reverse the highly unpopular proposal to abolish the inefficient $8 billion per year fuel subsidy, which so far has disproportionately benefited the car-owning-middle and upper classes on a per capita basis. This is more than what the government spends on education.

While the same level of success was achieved with the ‘textbook’ response to contain Ebola, the fortune of the middle class-inspired mobilization remains a work in progress. Without their full commitment to the Bring Back Our Girls campaign, it is unlikely that the Nigerian government will do more for the release of the girls kidnapped by Boko Haram.

For all its many failings, Nigeria, Africa’s lodestar nation, remains a country with many faces. Like a paradox, the good, the bad and the ugly faces of its governance exist side by side. But depending on whose interests are threatened, the opportunity presented, as well as strength of class coalitions formed, one story may struggle or even triumph over others. And for Ebola, thank God, it was good governance at its best.