Forty-four years after the end of the Nigeria-Biafra War, Nigeria finds herself on the brink of another civil war. Nigerians have waited in vain in the last five years for those who should know to show some fortitude and speak out. Last week, a few of them did.

The suggestion, as reported by Sunday Punch (16/11/14), by retired senior military officers, including a former Head of State, Gen. Yakubu Gowon – the man who prosecuted the Nigeria-Biafra War – asking President Goodluck Jonathan to declare “total war” on Boko Haram, the group that has terrorized Nigerians for about five years and has lately annexed parts of the country, couldn’t have come at a more auspicious time. While their tactics – cutting off food and fuel supplies to the insurgents – may be problematic, their intention is commendable. The interpretation is that Nigeria is fighting a civil war and needs to approach it as such.

Before the latest intervention, one of Nigeria’s most respected military officers, Col Abubakar Umar (retd), had, in a strongly-worded open letter to Nigerians, proffered solutions to the current impasse. Umar was quite categorical. “I feel compelled to appeal to all Nigerians to recognize that Nigeria is indeed at war. It is a war that seems set to engulf the entire country. We need to understand that the war in the Northeast is a war against Nigeria. The insurgents intend to use a conquered Northeast as a launch pad on which to invade and conquer the rest of the country and possibly the whole of the West African sub-region,” he wrote.

Umar proposed a number of key strategies, among other things: “recall all armed forces personnel in the reserve,” “reabsorb all able-bodied and willing discharged veterans of international peacekeeping operations,” “order back to barracks all security personnel who are currently deployed on nonessential duties for retraining and redeployment to the war front in the NE,” suspension of all national celebrations and Nigeria’s participation in international sporting events until the war is won.

These are very bold propositions and I endorse them. Of course, number is not the sole or even the primary determinant of a nation’s military strength and combat readiness. Any serious effort to make today’s Nigerian Armed Forces a fighting force should address – as Col Umar also observed – the current sagging morale of our troops.

It should look into the present situation in which the troops fighting supposedly ragtag terrorists are clearly outmatched by the latter in terms of the calibre of weapons they carry, at a time defence still gulps a sizeable percentage of the national budget. It should also look into the housing of our fighting troops in befitting barracks, their kitting with appropriate uniforms and the payment of their welfare packages as and when due. All these are essential morale boosting measures for a fighting troop.

I shall go a step further and call for a moratorium on the general elections scheduled for February 2015. I pushed the same position in a September 2013 piece while the federal government was mulling over the idea of a National Conference to address, supposedly, the future of Nigeria. The idea then was that the greatest challenge facing the country was the need for it to come to terms with its history.

I argued that Nigeria – defined by a quivering colonial power in 1914 – was not working for Nigerians, at least for the majority, and that it was time to redefine Nigeria in the image of the inheritors of the contraption that was handed down a century ago. The reality is that part of the Boko Haram narrative is the fundamental defect of the Nigerian nation. Nigeria can either confront this problem headlong or continue to postpone the imminent catastrophe.

Of course, there is a political angle to the Boko Haram crisis. As far back as January 2012, President Jonathan had, during an inter-denominational service to mark the Armed Forces Remembrance Day, declared that Boko Haram had infiltrated, not just the executive, but the legislative and judicial arms of government, as well as the police and armed forces. He went on to describe the Boko Haram phenomenon as “worse than the civil war”.

That was almost three years ago. While that pronouncement may have been made to score partisan political advantage, clearly no sincere effort to deal with Boko Haram can take place in the current atmosphere of political bickering and mindless electioneering rhetoric. Faced with renewed threat by Boko Haram, the need to rethink the future of Nigeria vis–à–vis the 2015 general elections becomes even more imperative.

Nigerians have to look beyond next year’s elections in order to deal with the current danger. Evidently, either way, the 2015 elections – if they do hold – will be contentious and the consequences are better imagined. Add to that, a country ravaged by war and an economy reeling under the slump in oil prices and you have a recipe for a monumental regional crisis.

There is really no alternative to dealing with the current crisis in Nigeria other than approaching it as you approach crises that have the potentials of debasing humanity. The National Assembly should review the current war effort of the government, pass a resolution postponing the 2015 elections and give the president all the powers to mobilize Nigerians to win this war convincingly in the next one year or face impeachment.

Two weeks ago, as Boko Haram captured one town after another in Nigeria’s Northeast, leaving a trail of death and destruction, including the massacre of innocent students, I watched again the movie, Hotel Rwanda, about the Rwandan genocide, just to remind myself what can happen when those who ought to act decide to be indifferent when a band of murderous fiends that has publicly declared its intentions, decides to run amok.

Though not one to pander to the amorphous “international community”, it is important to state that those who can support Nigeria to win the current war should not wait for the humanitarian situation to worsen before they act.

According to the Office of the United Nations High Commissioner for Refugees (UNHCR), “Thousands of Nigerians are escaping the deadly threat posed by the terrorist group Boko Haram and fleeing into neighbouring Cameroon. The vast majority of them are women and children….many families were forced to flee on foot, taking few belongings with them and walking tens of kilometres before finding safety in Cameroon.”

The UN agency reports that, “The ongoing refugee crisis has seen more than 100,000 people spill over into Niger’s Diffa region since the beginning of 2014, while Cameroon is currently hosting some 44,000 Nigerian refugees. Another 2,700 have fled to Chad. Meanwhile, an estimated 650,000 people remain internally displaced in north-eastern Nigeria due to the insurgency.”

Clearly, there is an international dimension to the war raging in Nigeria and I think “the international community”, specifically the US, has a role to play, because as Col. Umar stated in his intervention, “Boko Haram is well funded by AL-QAEDA in the Magrib, (AQIM) as well as the booty they acquire in the numerous territories they conquer. More than anyone else, the West knows that, like ISIL, Boko Haram constitutes monumental threat to global peace and security.”

I do not know President Obama’s Nigerian policy. Whatever it is, the so-called concern for human rights in terms of limiting its support for the Nigerian military simply doesn’t cut it. Expectedly, the Obama administration is keen on the “success” of Nigeria’s 2015 elections and its representatives will “monitor” the elections. But the question is: can we really talk about elections and democracy when the survival of Africa’s most populous nation is at stake?

Of course, in the end, this is Nigeria’s war and the Nigerian government must do everything it can to win it and safeguard the lives of Nigerians. Undoubtedly, years of mismanagement and corruption have not only served to exacerbate crises like the current one, but have also diminished our capacity as a nation to adequately deal with them.

It’s for this reason that Nigerians everywhere must rise to the challenge of the present danger!

*Onumah, a Nigerian journalist and author of Nigeria is Negotiable is a doctoral candidate in communication at the Autonomous University of Barcelona, Spain. Follow him on Twitter @conumah; Email: conumah@hotmail.com 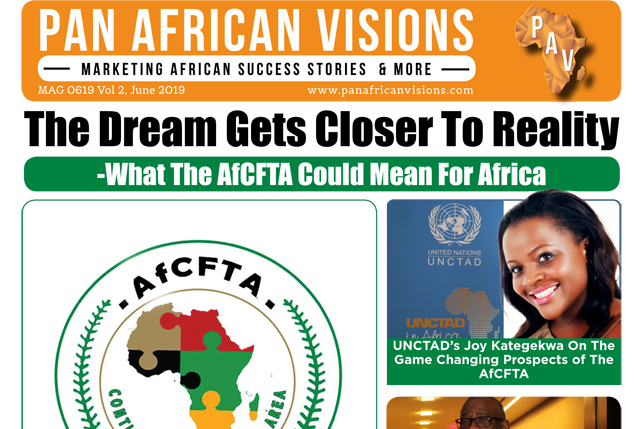 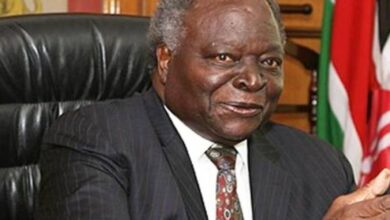