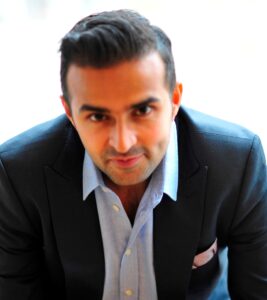 Ashish J. Thakkar[/caption] Mara Group, the Pan-African conglomerate founded by Ugandan businessman Ashish J. Thakkar, plans to challenge the dominance of WhatsApp in Africa with the launch of a new messenger App targeted at Africans all across the world. On Saturday, the 8th of November, Ashish J. Thakkar announced the launch of a new messenger App, Mara Messenger, which is set to shake-up the mobile technology space in Africa. Speaking during an informal launch ceremony in Dubai, Thakkar said the new Mara Messenger App has been tailored to the needs of the African consumer, and will be a more localized mobile messaging application that allows people to connect with their friends, families, and colleagues around the world. He says Mara Messenger is looking to compete directly with the likes of WhatsApp, Viber and WeChat. Mara might be late to the mobile messaging party, but Thakkar says his company plans to introduce a number of never-before-seen features to the messaging App to earn a competitive advantage and enhance user experience. The App is now available on iOS, Android and BlackBerry and includes features that will allow users to instant message, share locations, doodle on images and broadcast information to groups, and will shortly include voice memos and video features. “The launch of Mara Messenger marks the dawn of a new era in Africa. For the first time, we will have a truly home-grown messaging platform that is tailored to the individual cultures of the continent. Our plan is to roll out Mara Messenger in multiple languages, across multiple devices, making it accessible to anyone and everyone across Africa and the world through the touch of a button,” Thakkar said during a brief interview session. “There’s a great deal of excitement around bringing Silicon Valley to Africa, but I’m more excited about creating innovation on the continent and taking Africa to Silicon Valley. It’s always been my dream to see African innovations going global and Mara Online is one such case in point which further demonstrates that we as Africa can be innovative, can dare to go global, and succeed!” The launch of Mara Messenger follows the ongoing roll out of Mara Mentor throughout Africa. Mara Mentor, which was founded by Thakkar and his Mara Foundation, is Africa’s first online mentorship network. It connects young, ambitious African entrepreneurs to established business leaders. Now present in Nigeria, South Africa, Kenya and Ghana, the platform now has hundreds of thousands of users and is expected to reach well over a million by the end of the year. *Source Forbes  ]]>