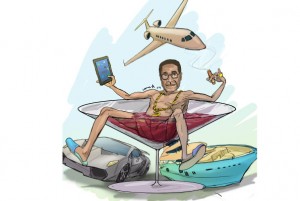 An illustration of Mugabe’s lavish lifestyle[/caption] In 2012, US police seized assets belonging to Teodore Nguema Obiang Mangue, the Equatorial Guinea president’s son. Among the seized items were a Shs486 billion building in Paris, thought to have 101 rooms. We look at what kind of life our presidents live.